David Wardle works as the Smithsonian Professor of Forest Ecology at NTU. He has published around 350 peer-reviewed journal articles of which around 30 have appeared in Science and Nature, as well as two books on aboveground-belowground linkages (published by Princeton University Press in 2002 and Oxford University Press in 2010). He serves or has served on over ten editorial boards, including for Science, Ecology, Journal of Ecology and Ecology Letters. He has also been recognized as a highly cited scientist in every highly cited list from 2006 onwards and is among the world’s 10 most cited scientists in ecology and environmental sciences. Further, he has supervised a very diverse assortment of >50 postdoctoral researchers and PhD students, most of which have actively published in major journals under his supervision (including in Nature and Science), and nearly all of which hold university faculty positions, or environmental research, policy and management positions, in 16 separate countries and 5 continents. Wardle is an elected Fellow of the Royal Society of New Zealand, elected Foreign Member of Academia Europaea and a Wallenberg Scholar. He has also been the recipient of several scientific awards, recent examples including the 2016 Rosén´s Linnaeus Prize in Botany, the 2018 Eminent Ecologist award from the Journal of Ecology, and the 2020 Whittaker Distinguished Ecologist award from the Ecological Society of America. 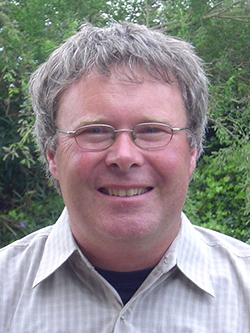 David Wardle’s research explores the links between aboveground and belowground communities, and how these in turn drive the functioning of terrestrial ecosystems. A large proportion of this work is field based and in natural ecosystems, including in forested ecosystems around the world as well as subarctic and subalpine tundra. Current projects focus on the community and ecosystem effects of invasive animals and plants; the ecological consequences of wildfire; ecosystem changes across successional, retrogressive and elevational gradients; aspects of island ecology; and the ecological role of forest understory vegetation.

A full list of publications can be found at: https://scholar.google.com/citations?user=Nvu7BxYAAAAJ&hl=sv