Kim Huat is the Academic Director for the Nanyang MBA program, Deputy Chair of NTU Senate, and Senior Editor for the Journal of the Association for Information Systems. He received his Ph.D. in business administration with a specialization in economics and information systems from the Carlson School of Management, University of Minnesota, Twin Cities.

His research interests include using analytics and behavioral economic theories to model consumer behavior in technology-mediated environments and examining the value of IT and analytics in the health-care and financial services industry. He has worked with various organizations such as the Federal Deposit Insurance Corporation (United States), Khoo Teck Puat Hospital, Ng Teng Fong General Hospital, Tan Tock Seng Hospital, Rockwell Automation, Telenor (Norway), and Singapore Exchange in executive training, research, and business analytics related projects. Since 2018, he is the Principle Investigator for various competitive grants with a total amount exceeding S$2.5 million.

He has published in top Nature Index and Financial Times ranked journals such as Nature Communications, MIS Quarterly, Information Systems Research, Journal of Management Information Systems, and Journal of Consumer Psychology. He was awarded the Research Excellence Award by NBS in 2013 and ranked 16th globally in terms of research productivity from 2013 to 2015 by the Associate of Information Systems based on the number of publications in top information systems journals.

He teaches business analytics, trading analytics, and quantitative methods at the graduate and executive level. NBS awarded him the Teaching Excellence Award in 2010, 2013 and 2016. He was also voted Teacher of the Year in 2015 for the MSc (Marketing and Consumer Insight) graduate program and Nanyang Business School Teacher of the Year (Business) in 2016. In 2017 and 2018, he won the University-wide Nanyang Education Award, and in 2018 he was conferred as a life-long Fellow of NTU’s Teaching Excellence Academy. Kim Huat was the former Chair of the curriculum committee for the Business Analytics degree program in NBS and has earlier led and implemented the curriculum design for the new Business Analytics degree program in Nanyang Business School.

More details can be found at: http://kimhuatgoh.wordpress.com/ 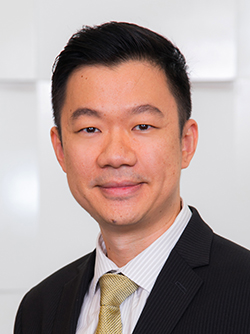