A/Prof Scott A. Rice is the Deputy Research Director for the Singapore Centre on Environmental Life Science Engineering (SCELSE) at Nanyang Technological University. His research focuses on microbial cell-cell interactions and the development of surface associated communities, called biofilms. The research is a mixture of applied and fundamental science aimed at elucidating the genetic mechanisms that drive interactions between bacteria as well as between bacteria and higher organisms. Specific themes include the roles of filamentous phage in biofilm development, quorum sensing signalling, microbial induced corrosion, the biofilm matrix, and microbial predator-prey dynamics. In addition to studying single species, population-based biofilms to discover novel mechanisms to control biofilms, he is also actively studying mixed species biofilms. These mixed species communities display emergent properties that increase the resilience of the community when stressed. Such communities may be inherently stable based on niche adaptation and this can be exploited to monitor disturbances in the community, indicative of invading species. Mixed species communities are important in environmental processes, such as biological fouling, as mediators of corrosion of steel and concrete infrastructure and fouling of water purification systems. Microbial communities play important roles in host health, where they may contribute to good health, e.g. by excluding pathogens or providing the host essential nutrients. Alternatively, microbial communities are also associated with infections and in particular, chronic infections. 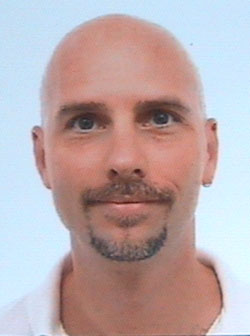 My primary interest is how microorganisms go about forming biofilms and how they mediate relationships with their neighbours.

Biofilm development processes
Bacteria predominantly exist in the environment as surface associated communities, called biofilms, which protect them from stresses including oxidative stress, UV exposure, antibiotics, the host immune response and predation. Biofilms are responsible for > 65% of all infections, including chronic infections as well as infection associated with indwelling biomedical devices and fouling of industrial surfaces such as water purification membranes. There is an emerging genetic program that underpins biofilm development, and bacteria within biofilms express unique genes that are not normally expressed in planktonic cells. Biofilm development is driven by a complex regulatory program involving intra- and extra-cellular signalling molecules, physiological responses to nutritional cues as well as environmental cues (e.g. temperature, salinity), and responses to predators. By determining these genetic and physiological drivers of biofilm formation, it is also possible to develop novel strategies to control biofilms for a range of applications, from the natural environment to the clinic for infection control.

Mixed species biofilm communities
Outside of the laboratory, there are few habitats where bacteria exist in pure culture. Indeed, the vast majority of microorganisms co-exist with a broad range of other species. In this context, they must establish relationships with those neighbours to compete for resources (e.g. space and nutrients) or they may develop cooperative strategies to share and better exploit those resources. My interest in this area is therefore to dissect out the molecular pathways that microorganisms use to mediate those relationships and interactions. To this end, we have established several experimentally amenable biofilm communities, ranging from low complexity (i.e. three species) to highly complex (i.e. hundreds of species). Further, we can explore community function in the context of where those communities are naturally found, such as the marine environment, human skin, the home or in waste-water treatment systems. This further enables studies of the impacts of those communities and offers opportunities to either exploit such biofilms for biotechnologies or to design control strategies that are based on interfering with the biofilm development program as well as mechanisms of interaction.