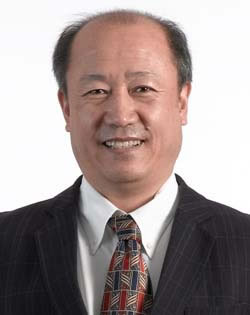 Y. P. Zhang received the B. E. and M. E. degrees from Taiyuan Polytechnic Institute and Shanxi Mining Institute of Taiyuan University of Technology, Shanxi, China, in 1982 and 1987, respectively and the PhD. degree from the Chinese University of Hong Kong, Hong Kong, in 1995, all in electronic engineering.

He received the Sino-British Technical Collaboration Award in 1990 for his contribution to the advancement of subsurface radio science and technology. He received the Best Paper Award from the Second IEEE International Symposium on Communication Systems, Networks and Digital Signal Processing, 18-20th July 2000, Bournemouth, UK and the Best Paper Prize from the Third IEEE International Workshop on Antenna Technology, 21-23rd March 2007, Cambridge, UK. He was awarded a William Mong Visiting Fellowship from the University of Hong Kong in 2005. He received the S. A. Schelkunoff Transactions Prize Paper Award in 2012 from the IEEE Antennas and Propagation Society.

He is a Fellow of IEEE.

He has broad interests in radio science and technology with current emphasis on MMIC and RFIC design for wireless chip area network and antenna-in-package (AiP) technology for single-chip radio devices.