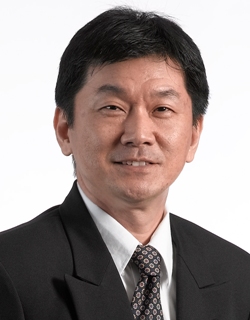 From 1990 to 1991, he worked as a design engineer in Chartered Electronics Industries, Singapore . He was a research fellow in the Department of Robotics, Ritsumeikan University , Japan from 1996 to 1998. He joined the School of Electrical and Electronic Engineering, Nanyang Technological University as an assistant professor in 1998. Since 2003, he has been an associate professor in Nanyang Technological University . In November 2002, he received the oversea attachment fellowship from the Agency for Science, Technology and Research (A*STAR), Singapore to visit the Nonlinear Systems laboratory, Massachusetts Institute of Technology .