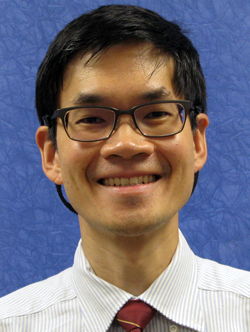 Ji-Jon (JJ) SIT has always been fascinated by feedback control and analog electronics. His liberal arts university education at Yale could be credited for enabling his return to analog electronics for graduate studies, despite doing his FYP on an 8-issue microprocessor.

At MIT he joined the Analog VLSI and Biological Systems Group under Rahul Sarpeshkar, and wrote his PhD dissertation on an analog architecture for neural stimulation of the cochlea, to aid in music perception for the deaf.

This led to employment at Advanced Bionics in California as a Sr. RF and Systems engineer, where he worked from 2007-2015 on RFIC design, stimulation architecture, and telemetry systems in their latest cochlear implant.

From 2015-2017 he joined Nalu Medical Inc. based in Carlsbad CA, which has recently released a minimally invasive platform technology for neuromodulation, and capable of implantation across multiple sites in the body.

My current research interest is in near-field RF systems and design, for wireless power delivery and telemetry.

In particular, I want to employ analog feedback control to optimize the efficiency of the wireless link, and am developing a closed-loop system in discrete electronics. The final solution however would be miniaturized into an RFIC.