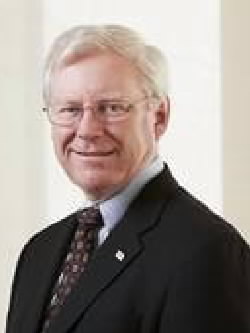 Bob Kennedy is the Dean at Nanyang Business School, assuming office on January 1, 2018.

He comes to NTU from the Ivey Business School in Canada, where he has been Dean and the Tapp Chaired Professor since 2013. Under his leadership, the school increased research output by more than 30% per faculty member and improved its global rankings. The school was twice ranked as the top “international” program in the BusinessWeek MBA rankings (2014 and 2015), and improved its FT Research rank from 44th to 26th.

Bob is a well-known scholar, speaker, and educator. His research focuses on business strategy and policy issues in developing countries and has been widely published in leading economics and strategy journals. He has authored more than 120 articles, chapters, notes, and case studies on emerging market issues. From 2002-2016, his teaching materials were used at every one of Business Week’s top 25 U.S. business schools.

Prior to Ivey, Bob served as the Tom Lantos Professor of Business Administration at Michigan’s Ross School of Business – where he led the school’s international programs. He was also Executive Director of the William Davidson Institute. Prior to Ross, Bob was an Assistant, and then an Associate, Professor at Harvard Business School.

Prior to his academic career, Bob worked as both a strategy consultant (late 1980s), and as a partner in a Private Equity firm in Poland (1991 – 1995). He has completed projects in more than 25 countries.

Bob holds BA degrees in Economics and Political Science from Stanford University, an MSM in Management from MIT, and a PhD in Business Economics from Harvard University.

My research and publications span several interrelated areas. They broadly focus on business and policy issues in developing countries. The work spans traditional academic outlets (primarily economics and strategy journals, several books and book chapters, funded research by governments and development agencies, and many teaching case studies and technical notes). The broad areas of work include:

1. Applying Industrial Organization frameworks to business and policy issues and transition and emerging economies. Most work was on Central and Eastern European transition economies and published in applied economics and strategy journals. Later work applied these issues to developing countries.

2. Offshoring and the globalization of services. This work focuses on the changing nature of globalization (from natural resources and manufactured goods to trade in services). There have been several book chapters and articles, and a well received book The Services Shift: Seizing the Ultimate Offshore Opportunity.

3. Economic development policy, particularly Base of the Pyramid Markets. Several book chapters, as well as funded studies for leading development organizations such as the World Bank, the IFC, USAID, the Inter-American Development Bank, and the Rockefeller Foundation.

4. The Role of Business Schools in economic development. Mostly applied work for development organizations such as USAID, the World Bank, and Rockefeller Foundation. I am currently the Chair of the Global Business School Network.

5. International Business education. I have written more than 100 teaching case studies and technical notes that are used around the world. Founded a case center at Michigan Ross. Revised strategy and grew sales by more than 50% over four years as Dean at Ivey. Ongoing experimentation with new case formats and pedagogical methods.