Dr. Dalton Tay received his B. Eng (1st Class Honors) and Ph.D. from the School of Materials Science and Engineering, Nanyang Technological University (NTU) in 2007 and 2012 respectively. His Ph.D. research focused on the development of novel micropatterend bio-polymeric surfaces to direct lineage specification of adult stem cells for regenerative medicine. In 2012, he joined the National University of Singapore (NUS) as a Lee Kuan Yew (LKY) postdoctoral fellow with the Department of Chemical and Biomolecular Engineering. During his post-doctoral tenure, he majored in the etiology of inorganic nanomaterials triggered biological responses within the framework of biosafety and nanotherapeutics. In addition, he has also developed several bio-inspired nano-micro systems that could be applied for diagnostic and screening applications. He subsequently joined the School of Materials Science and Engineering (NTU) as an Assistant Professor in September 2015. 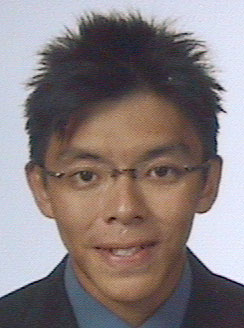 The overarching focus of Dr Tay’s research lies at the nexus between small scale (micro-nano) biomaterials and biology. His research group seeks to understand and develop novel biomaterials-centric strategies to control livings systems for biomedicine and biotechnology.

Areas of current research include: