Assistant Professor Mir Feroskhan graduated with First Class Honours in Aerospace Engineering from Nanyang Technological University (NTU) in 2011. He received a Ph.D. degree in Aerospace Engineering from Florida Institute of Technology in 2016, where he received an Outstanding Student of the Year Award from the Aerospace Department for his extensive work on the dynamics evaluation and control development for 3D aerial deceleration maneuvers. In 2017, he worked as a research fellow at the School of Mechanical & Aerospace Engineering, NTU, researching on nonlinear control strategies for autonomous systems. Subsequently, in 2018, he continued his postdoctoral research by visiting Professor Dario Floreano’s Laboratory of Intelligent Systems in École Polytechnique Fédérale de Lausanne (EPFL), Switzerland, concentrating on UAV research and development, and developing an expertise in unconventional flight dynamics and control for UAV applications. In 2019, he returned to Singapore to join the faculty of the School of Mechanical & Aerospace Engineering at NTU. 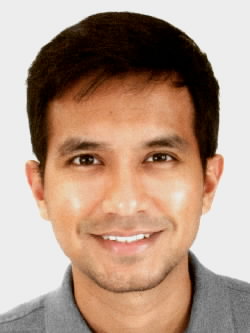