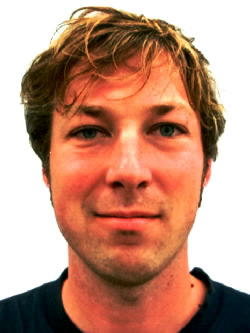 The Visual Perception Lab run by Gerrit Maus focuses on studies of visual perception and its underlying neural mechanisms, investigating how the brain is able to predict and fill in missing information. Some research projects investigate the role that eye blinks play for visual perception, cognition, and oculomotor control, others investigate filling-in and non-retinal perception.

Gerrit teaches a class on Sensation & Perception (HP3603) in the Psychology Programme.

Gerrit studied Cognitive Science in Germany, got a PhD in Psychology in England, and moved on to California, where he worked as a Cognitive Neuroscience researcher at the University of California in Davis and Berkeley. He has also visited the Max Planck Institute for Brain Research in Frankfurt, the University of Glasgow, the Smith-Kettlewell Eye Research Institute in San Francisco, and the Laboratoire Psychologie de la Perception in Paris.
Since 2015, he is a Nanyang Assistant Professor at NTU.