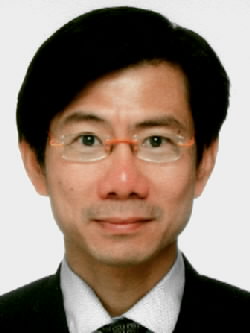 As a newsman, he once specialised in the coverage of seminars organised by leading think-tanks in cities like Hong Kong, San Francisco and New York. He has also worked extensively on features covering political, economic and social issues in developing countries in Asia and penned profiles on global personalities in fields such as politics, diplomacy, business, IT, sports, entertainment and the arts. In addition, beyond the creative aspect, Chong Jin has overseen media operations in places such as Melbourne, Manchester, Busan, Doha, Hanoi, Beijing, Bangkok, Manila and Incheon.

Apart from day to day demands, he has in-depth understanding of media engagement for corporate positioning and has been involved in several commissioned projects, including a book on the journalistic career of former Singapore President Wee Kim Wee and another on NUS Business School to mark its 40th anniversary. With his passion for sports, he has also edited and/or authored several sports projects, including "50est", a coffee table book published in 2015 to celebrate SG50, and "Blazing The Trail", the official report for the 2010 Singapore Youth Olympic Games.

Apart from his media background, Chong Jin brings to his client servicing a distinct pedagogical bent, combining practice and training. A winner of several teaching awards, he has, for instance, conducted media courses for politicians, senior public servants and private sector executives in management positions. Based on his work in graduate education (eg at the Lee Kuan Yew School of Public Policy as well as the Institute of Defence & Strategic Studies) as well as his projects in developing cities such as Vietnam, China and India, he has an understanding of customised training for different markets and clients.

Chong Jin was educated at NUS (BA Hons and Master in Public Policy), NIE (Dip Ed) and Cambridge University (MPhil under the S.Rajaratnam Scholarship), with a research stint at Harvard University under the Fulbright Scholarship. In addition, he was a fellow at the British Council's Writers' Seminar held in Cambridge and London, a selected presenter for the Reinhard Mohn Fellowship in Berlin, and a rapporteur for Asia Society's Williamsburg Conference in Singapore.

In-depth features on issues in developing countries in Asia as well as profiles on movers & shakers in fields like politics, business, academia, IT, sports, entertainment and the arts.

Changing media landscape and its implications

Language patterns in speaking and writing