Loh Teck Peng joined Nanyang Technological University as Professor since February 2005. He was the Head of Division of Chemistry & Biological Chemistry till June 2008 where he was promoted to the Associate Chair (Research). During his 11 years, from 1994 to 2005, at National University of Singapore, he had risen from the ranks of a Lecturer, Senior Lecturer, and Associate Professor to a Professor in 2004. He was also the Program leader of the Medicinal Chemistry program in NUS. 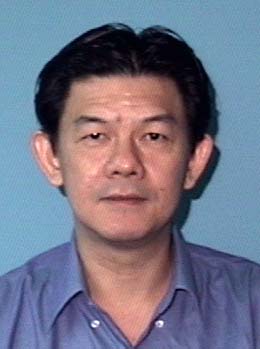 To date, he has published 153 papers in international refereed journals, 106 conference papers, 5 book chapters, Hirsch-index of 38 and a total number of 3891 citations.

He has been the Principal Investigator of several research grants, with total exceeding S$5 million, awarded by A*Star and Ministry of Education. Being the program leader of Medicinal Chemistry at National University of Singapore, he spearheaded a number of main programs and they were completed successfully.

He has been a frequent plenary speaker or invited speaker at many international conferences. Recently, he is invited to the Editorial Advisory Board of ChemComm to shape one of the world?s top chemistry journals. He has also been frequently invited to write book chapters, review articles, etc.

Teck Peng was awarded the prestigious Japanese Government (Mombusho) scholarship, which was only given to 5 students in Malaysia every year, from 1982 to 1989. In 1997, National University of Singapore bestowed him the University Outstanding Researcher Award. He has been the Adjunct Professor of Soo Chow University (China) and Tsukuba University (Japan) since 2002 and 2005 respectively. He was also the Visiting Professor of Columbia Medical School, Columbia University (USA) from 2002 to 2003. Recently, he was awarded by NTU for NTU Research Innovation Award.