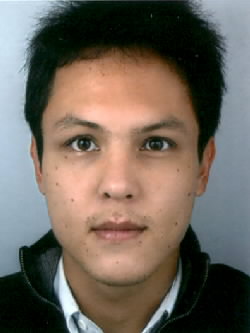 Dr. Liew received his PhD from the University of Southampton (UK) in 2008 and completed postdoctoral research at the National University of Singapore and Ecole Polytechnique Federale de Lausanne (Switzerland). He made several contributions to the theory of light-matter coupled systems, having predicted fundamental effects, such as the unconventional quantum blockade and exciton-polariton spin-to-orbital angular momentum conversion, and described several experimental results, such as the optical spin Hall effect and various spin switches. In 2013 he received the Lee Kuan Yew Fellowship at Nanyang Technological University, where he has focused on the theoretical development of photonic applications in hybrid systems: terahertz frequency sources, quantum light sources, and photonic circuits. In 2015 Dr. Liew became a Nanyang Assistant Professor.

Excitons are bound hydrogen-like states of electrons and holes, typically appearing in semiconductor quantum wells. Their electric dipole moment allows them to couple to light, particularly in semiconductor microcavities, and if this coupling is strong enough it can lead to hybrid states of excitons and light known as exciton-polaritons. Being hybrid states, exciton-polaritons inherit a mix of electronic and optical properties, including strong nonlinearities, sensitivity to electric/magnetic fields, long coherence times, fast picosecond scale dynamics. Theoretically, excitons and exciton-polaritons are also interesting for their rich spin dynamics, which gives rise to the optical spin Hall effect, spin-to-orbital angular momentum conversion; and spinor vortex dynamics.

The nonlinearity of exciton-polaritons implies their application as optical circuit elements. While exciton-polariton systems are highly lossy, they admit a mechanism of signal propagation that mimics the signal propagation of biological neurons where losses are fully compensated by amplification. Recently a complete theoretical framework of polariton based circuits has been developed , accounting fully for disorder and finite lifetime. Mechanisms of hybrid electro-optic circuits can be based on incoherently excited polariton transistors or alternative mechanisms of bistability.

To generate quantum effects from an optical system one typically requires nonlinearity stronger than the system decay rate. For example, the well known photon blockade effect requires the interaction energy between two photons to exceed the linewidth. Unfortunately, most photonic systems (e.g., microcavities or photonic crystals) have short photon lifetimes. Recent research moves to circumvent this problem by making use of quantum interferences or mechanisms of amplifying a weak nonlinearity.

A variety of semiconductor nanophotonic systems have been considered for the emission of terahertz radiation, where one typically aims to convert an optical photon into a terahertz photon. While terahertz sources have several practical applications, this process is highly inefficient as the terahertz photon carries only a small fraction of the initial energy. To overcome this problem, the concept of a bosonic quantum cascade laser has been introduced , making use of multiple terahertz emitting transitions in an exciton trap. Unlike fermionic quantum cascade lasers, the efficiency is greatly increased by bosonic final state stimulation (achieving quantum efficiency above unity) while the system size is on the micron scale.

The field of topology has proven how macroscopic properties of physical systems can result in exotic features at the boundaries between topologically distinct materials. Following earlier ideas from electronic topological insulators and photonics, the theory of topological polaritons and topological indirect excitons was recently introduce. In these systems, density currents propagating in chiral edge states are protected from scattering with disorder, which is a clear advantage for exciton based optical circuits.

Neural networks exploit massive interconnectivity to become highly efficient at certain tasks, such as classification, and pattern recognition. While biological neurons may operate individually on millisecond time scales, their simultaneous connection to several thousands of other neurons allows a parallelization of tasks far beyond the capabilities of complementary metal-oxide-semiconductor logic. Naturally, this observation has motivated research into optical neural networks.