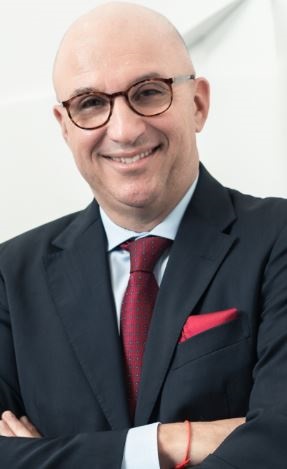 
Prof. Gianasso is a leading HR and Cultural Intelligence (CQ) expert. He has over thirty years of Management, Teaching, Consulting and Diplomatic experience.

A Swiss-Italian national, he is Associate Dean & Full Professor (Practice) in Global Leadership at Nanyang Business School in Singapore. He is in charge of External Relations, Alumni Affairs and Careers and teaches "Leading People Globally " in the MBA, EMBA and many executive programmes.

In addition to his role at NTU, Guido Gianasso is Visiting Professor at the University of Geneva and Honorary Consul of Romania in Geneva. He is a frequent speaker at International conferences and regularly contributor to The Straits Times and other local newspapers. He lectures and consults in Europe and Asia with leading MNCs such as Nestle, Japan Tobacco, GE, Temasek, Moody's, Taj and many others.

Guido Gianasso holds a PhD in Economics from the University of Geneva. The focus of his Academia is in Cultural Intelligence and Human Capital Management. Before moving to the Education sector, he worked for many years as Corporate executive and UN diplomat. He was CHRO and Executive Committee member in the Aviation and Security sectors, helping CEOs driving major change programs. From 2003 to 2013 he worked as VP, Human Capital and Executive Committee member of the International Air Transport Association (IATA). From 2009 he was also the Managing Director of the IATA Training and Development Institute, with annual revenues of $30M.

Currently Dr. Gianasso serves on the Board of Trustees of the American University of Phnom Penh (AUPP) and as President of its Center of Leadership and Professional Development (CLPD). He previously served as Vice-President of the Diplomatic Club of Geneva, on the Eurocontrol DR Supervisory Board, as Senior Advisor to the Romanian Minister for Foreign Affairs and on the IMD Executive Education Advisory Council.

Dr. Gianasso lived and worked in Singapore, Switzerland, Italy, India, Cuba and the US and is fluent in English, French, Italian, Spanish and Romanian fluently.