Professor Gemma Calvert is an internationally renowned neuroscientist and foremost pioneer of neuromarketing. An entrepreneur, academic and seasoned speaker, Gemma has published over 60 scientific papers on human brain function, including in Science and Nature. She has a BSc in Social Psychology from the London School of Economics and a DPhil in Neuroscience from the University of Oxford. She has also served as a Council Member of the Global Agenda for Neuroscience and Behaviour at the World Economic Forum and inaugural Board Member of the Neuromarketing Science and Business Association (NMSBA). In 2008, she was appointed to a Fellowship at the Royal College of Arts & Business in recognition of her pioneering work in applied consumer neuroscience.

Prof Calvert was conferred a personal Chair as Full Professor at the University of Warwick in 2008 and for the past 8 years she has been based at the Nanyang Business School as a Professor of Marketing.

Her research on the power of the subconscious brain has been widely covered in the international press and television media, including Time, Newsweek, The Economist, The Straits Times, Channel News Asia, CBS 60 Minutes, the BBC World Service, BBC3 Series on Secrets of the Superbrands, BBC Radio 4 and several worldwide documentaries on the brain in business. 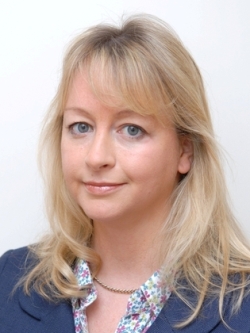 Consumer neuroscience
Implicit processing
How brands work in the brain