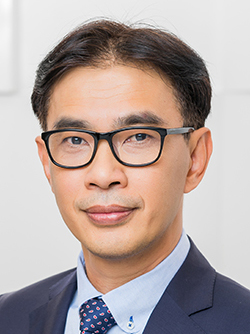 Cheng Boon received his PhD in Business Administration and Management from the University of South Australia. He is the Programme Director for MSc Human Capital Management (HCM) and has been the Course Director for Organisational Behaviour AB 1601, a core module for all NBS students from 2012 to 2019. Other professional involvements include Deputy Director for Asian Business Case Centre (ABCC), one of the advisors for the Future Employment Committee under the Singapore National Employer Federation, reviewer for ABCC and journals such as Military Psychology and Nordic Military Psychology Journal, and judge for Global Undergraduate Award (Psychology).

He was awarded the Teaching Excellence Award 2018 and presented the prestigious Koh Boon Hwee scholars award in 2017. He proposed and developed the Student Leadership Development (plus) programme at NTU level in 2018 to kick-start the inaugural LD (plus) programme for the undergraduates holding leadership appointments in NTU.

As an educator who believes in developing innovative learning pedagogies to enhance learning efficacy, Cheng Boon has also spearheaded a few learning innovation projects. He is an early adopter of eLearning, online teaching and evidence-based research and teaching. This is evident during COVID-19 in 2020, where he took the initiative to share teaching tips with faculty from his Division and NTU levels on technology-enabled learning and pedagogy in 2020. He was also invited to share his experiment and findings during the Innovation in Teaching (IIT) Symposium at NTU in 2016.

Cheng Boon also authored a flipped book, ‘Art and Science of Leadership’ in 2020. In collaboration with faculty members from NBS, Cheng Boon has developed few case studies for Strategic Management, Leadership, Organizational Culture and Crisis Leadership. These case studies were published in Asian Business Case Centre (ABCC). He is one of the editors for “Project Management: Achieving Competitive Advantage” (3rd and 4th ed.) in 2012 and 2015.

Prior to joining NTU in 2012, Cheng Boon served in the Republic of Singapore Air Force (RSAF), and his last appointments were Commander Air Warfare Training Institute (AWTI) and Head Training Development Group (Hd TDG) from May 2007 to Dec 2011. Cheng Boon has a solid track record and achievements as demonstrated in various important activities and events such as setting up of Air Force Training Command (AFTC), organizing National Day Parades (NDP) in 2004, 2005 and 2006 as well as working with various government and civilian agencies to develop a comprehensive security protection plan for the President of the United States’ visit in 2003.

Cheng Boon was awarded the National Day Award (Military) in 2006 by the President of Singapore. In 2008, he was presented the Chief of Air Force’s CARDINAL Award for his contributions in people and leadership development in the RSAF. He is a graduate of the SAF Command and Staff College.