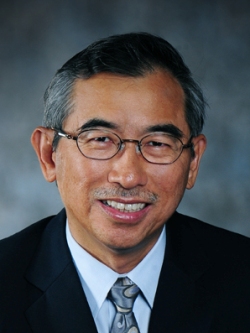 KWOK Kian-Woon (Ph.D, University of California at Berkeley), Professor of Sociology, is currently Associate Vice-President (Wellbeing). He has served NTU in several pioneering roles. A founding leader of the former School of Humanities & Social Sciences, he was the first Head of Sociology (2004-2013). As Senate Chair (2008-2010), he worked with elected colleagues to establish the NTU Senate. He was a key member of the Blue Ribbon Commission on Undergraduate Education (2007-2008) and has helped shape NTU Education over successive strategic planning exercises. From 2011 to 2020, he served as Associate Provost of Student Life, focusing on social responsibility, co-curricular learning, student wellbeing, and inclusion.

His teaching areas includes the following: Classical social theory; Contemporary social theory; Qualitative social research; Sociology of the arts; Globalization and social change; and Singapore society. His research and writings have covered the Chinese overseas, cultural policy, civil society, social memory, and mental health. He has co-led several interdisciplinary projects, especially in collaboration with researchers at the Institute of Mental Health researchers in the Singapore Mental Health Study (2010 and 2016) – a national baseline study on patterns of mental illness – and projects on mental health literacy, anti-stigma intervention, and help-seeking behaviour.

As a sociologist and a citizen, he has a sustained record of intellectual engagement in public life and civil society, particularly in the areas of arts and heritage. He has chaired the board of the National Archives of Singapore and served as board member of the National Arts Council, the National Heritage Board, the Asian Civilisations Museum, the Intercultural Theatre Institute, and Temenggong Artists-in-Residence Ltd. He is a former president of the Singapore Heritage Society, a non-governmental organisation, which has over the decades shaped the national agenda on heritage conservation.