Dr. Benjy Li is currently an Assistant Professor in the Wee Kim Wee School of Communication and Information. He received his PhD in Communication Studies from Nanyang Technological University. He was a recipient of the inaugural Humanities, Arts and Social Sciences Postdoctoral Scholarship in 2014 and spent two years in Stanford University (USA) as a postdoctoral researcher at the Virtual Human Interaction Lab in the Department of Communication.

Dr. Li studies the effects of virtual reality (VR) on human behavior and psychology, in particular the interplay of human senses (sight, sound, smell, touch, taste) of virtual food experiences on satiation and consumption behavior. He also has a keen interest in the use of VR as an emerging tech for digital interventions, especially in the areas of weight management, physical rehabilitation and elderly wellbeing. Other research interests include associations between head movements and emotions, human-computer interaction, augmented reality and 360 degree immersive videos.

Dr. Li has collaborated with several institutions, including the Stanford Prevention Research Center (USA), the Ministry of Health (Singapore), the Health Promotion Board (Singapore), and the KK Women’s and Children’s Hospital (Singapore) in the development and testing of digital health interventions. His work has been published in outlets such as Computers in Human Behavior, Games for Health Journal, PLOS One, Frontiers in Psychology, and Journal of Adolescence. His paper entitled “Impact of Visual and Social Cues on Exercise Attitudes and Behavior of Overweight Children Playing an Exergame” received a Top Paper award at the 2011 International Communication Association Conference. 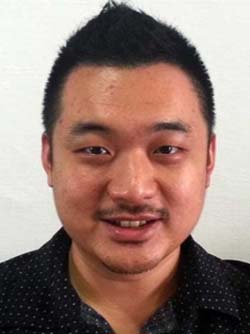 • Presence and immersion in virtual reality

• Associations between head movements in virtual reality and affect

• Impact of augmented reality and 360 degree immersive videos on society