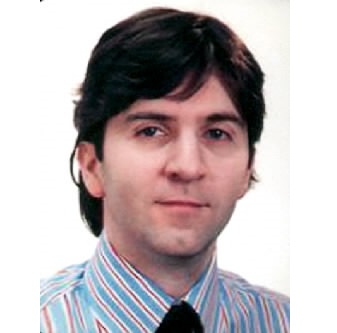 Dr Francesco PERONO CACCIAFOCO (Ph.D. University of Pisa, Pisa, Italy, 2011) is, currently, a Senior Lecturer in Historical Linguistics at the Linguistics and Multilingual Studies Programme (LMS), School of Humanities (SoH), College of Humanities, Arts, and Social Sciences (CoHASS), Nanyang Technological University (NTU), Singapore, where he teaches Historical Linguistics, Etymology, Language and Oral Tradition, Historical Semantics, and History of Cryptography. At the School of Humanities (SoH), he is also the Latin Language Lead Coordinator at the Centre for Modern Languages (CML), where he teaches Latin Language.

He has got his Master of Arts in Classical Philology and Historical Linguistics (with a Dissertation on the History of the Latin Language) and his PhD in Historical Linguistics, Greek and Latin Philology and Literature, and Comparative Literature (with a Dissertation on the Historical Development of the Late Latin Language and Poetry) at the University of Pisa (Pisa, Italy), working with Prof. Claudio M. Moreschini and Prof. Maria G. Arcamone.

His Research expertise and interests are mainly focused on Historical Linguistics, on the etymological reconstruction of Indo-European (prehistoric) place names (Historical Toponomastics), on the study of Aegean Civilizations and Scripts, on the documentation of languages from South-East Asia belonging, in particular, to the Papuan and Austronesian families, and on the History of Cryptology and Crypto-Linguistics.

His academic background includes also Comparative Literature, Classical Philology, Theoretical Linguistics, Historical Geography, and Paleo-Anthropology. He has mainly studied, in these fields, Contemporary Western Poetry and the parodic Literature of Medieval and Renaissance Europe, oral (Homeric) Literature in Ancient Greece, the History of Greek and Roman Medicine and Medical Literature, the relations between landscape and the naming process of place names, and the prehistory of languages in Europe and Asia.

An Etymologist and Historian of Languages, he has developed Research work in Historical Linguistics and Mycenaeology at the University of Pisa (Pisa, Italy) and he has taught, as a Contract Professor, Comparative Literature and History of Greek and Roman Medical Literature at the International University of Pollenzo - UNISG (Pollenzo, Italy).

In the field of Indo-European Linguistics, he has developed the so-called New Convergence Theory (NCT) on Indo-European origins, working, among others, with Dr Guido Borghi (University of Genoa, Genoa, Italy) and Prof. Martin Bernal.

Francesco is an Academic Mentor and Reviewer at the Linguistic Society of America (LSA), where he is also a Member of the Committee on Endangered Languages and Their Preservation (CELP).