Dr. Baile ZHANG is currently an associate professor in the School of Physical and Mathematical Sciences. Before he joined NTU in 2011, he was a postdoctoral associate at Singapore-MIT Alliance for Research and Technology Centre in Singapore. He received his Ph.D. in 2009 from MIT, following his B.S. degree in 2003 and M. S. degree in 2006 from Tsinghua University in Beijing, all majored in Electrical Engineering. His current research interests include electromagnetic wave theory, invisibility cloaking, metamaterials, and acoustics. His works have been highlighted by many scientific magazines and public media, including Nature, Science, Science News, Scientific American, National Geographic, The Guardian, The Straits Times, Channel NewsAsia, and so on. His recent work of invisibility cloaking was voted as the 4th place of “Top 10 Breakthroughs of 2010” by Physics World, and as the 57th place of "Top 100 Stories of 2011" by Discover Magazine. He is a recipient of MIT Technology Review TR35 Global Young Innovators Award (“top 35 innovators under the age of 35”) of 2012. He was invited to join TED2013 Conference in Long Beach, California, as the first Chinese TED Fellow. In 2014, he was awarded the Young Scientist Award of Singapore National Academy of Science in Istana. In 2016, he received IPS World Scientific (Physics Research) Medal and Prize. 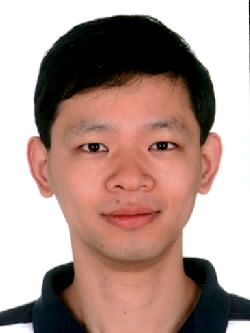