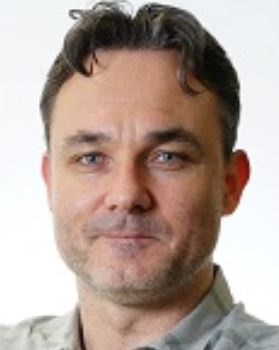 Scott Anthony works on the history of art, design and cultural diplomacy. His scholarly work runs alongside journalism, curatorial projects and a number of public history commissions.

Before joining NTU, Scott Anthony taught at the universities of Cambridge, Oxford and Manchester and worked as a strategic communications officer for the UK government. His scholarly research centres on the development of advertising, political campaigning and propaganda, the growth of the culture industries, the role of artists and intellectuals in national life, and how the conception of (and experience of) democracy altered over the twentieth century.

In addition to his historical research Dr Anthony has worked on many public history projects including exhibitions, seasons and events for organisations such as the British Film Institute, the Science Museum, British Airways Heritage, The National Museum of Singapore and Channel News Asia. He also contributes to a wide range of media including the BBC, The New Statesman, Times Higher, The London Review of Books Blog and The Straits Times.

In 2017 Scott Anthony set up NTU’s Public History programme, the first of its kind in Singapore.

Scott is currently completing 1) a book, season and series of events tracking the evolution of audio visual propaganda 2) a comparative history of censorship.

Before joining NTU as an Assistant Professor in Public History I had been developing the Public History programmes at the University of Cambridge and the Institute of Historical Research, London. As a writer and researcher I have worked with organisations such as the Science Museum, the British Film Institute and British Airways to develop a variety of successful events, seasons and exhibitions.

My historical research deals with the inter-relationships between art, politics and technology. My book Public Relations and the Making of Modern Britain (MUP, 2012) examined how the emergence of so-called second industrial revolution technologies (agri-science, aviation and telecommunications) provided the bureaucratic, imaginative and demographic bedrock for the development of an Empire-wide ‘public relations movement’, a movement which pioneered innovative new media practices alongside theories about the social and industrial role of information between the First World War and mid-twentieth century. I have recently completed a book about the development of propaganda film since World War Two.