Sangjoon Lee is a historian of Asian cinema whose interests span the cultural Cold War and Asian cinema, South Korean cinema and popular culture, international film festivals, and the film industries in contemporary Asia. Sangjoon joined the Wee Kim Wee School of Communication and Information in January 2015 as Assistant Professor. He holds a Ph.D. from New York University’s Tisch School of the Arts in Cinema Studies in 2011 and an MA in Cinema and Media Studies from the University of California-Los Angeles (UCLA) in 2005. Prior to joining NTU, he was an assistant professor in the Department of Screen Arts and Cultures and Asian Languages and Cultures at the University of Michigan, Ann Arbor, and the Department of Film and Theatre at Dankook University, South Korea. Sangjoon was a visiting assistant professor at the Australian National University in 2018. At NTU, Sangjoon teaches classes on film festivals, South Korean cinema, Chinese-language cinemas, film industries in Asia, and Hollywood. 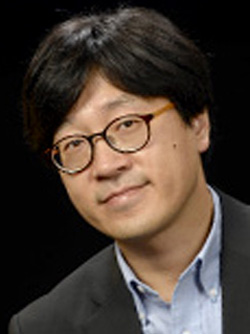 Sangjoon’s first book "Cinema and the Cultural Cold War: US Cultural Diplomacy and the Origins of the Asian Cinema Network" was published in December 2020 in Cornell University Press’ the United States in the World series. This book explores the ways in which postwar Asian cinema was shaped by transnational collaborations and competitions between newly independent and colonial states at the height of Cold War politics. It adopts a simultaneously global and regional approach when analyzing the region's film cultures and industries. New economic conditions in the Asian region and shared postwar experiences among the early cinema entrepreneurs were influenced by Cold War politics, US cultural diplomacy, and intensified cultural flows during the 1950s and 1960s. Sangjoon’s two edited volumes examine South Korea’s cinema and pop culture. In 2015, he co-edited "Hallyu 2.0: The Korean Wave in the Age of Social Media" (University of Michigan Press) with Markus Nornes that investigates the impact of social media and other communication technologies on the global dissemination of the Korean Wave. In 2019, Sangjoon published his second edited volume "Rediscovering Korean Cinema" (University of Michigan Press) which is the first comprehensive volume examining the state, stakes, and future direction of Korean cinema studies. This collection of thirty-five essays by a wide range of academic specialists situates current scholarship on Korean cinema within the ongoing theoretical debates in contemporary global film studies. Sangjoon has also guest-edited three special issues - "Reorienting Asian Cinema in the Age of the Chinese Film Market" (Screen, 2019), “The Chinese Film Industry: Emerging Debates” (Journal of Chinese Cinemas, 2019), and “Transmedia and East Asian Cinema” (Asian Cinema, 2020). Sangjoon is the recipient of the Jay Leyda Award for Academic Excellence (2011), the David H. Culbert Prize for the Best Article in Film and Media History by an Established Scholar (2019), and CHOICE 2020 Outstanding Academic Title (for "Rediscovering Korean Cinema"). His works have been translated into Korean, Japanese, and Italian.

Sangjoon is currently working on his second single-author book and two edited volumes. His second book, "Border Crossings in Celluloid Asia: South Korea’s Encounter with Sinophone Cinemas," will explore how South Korean cinema during the Cold War was influenced by the regional and trans-regional network with diasporic Sinophone cinemas of Hong Kong, Taiwan, Singapore, and Malaysia. His third edited volume "Asian Cinema and the Cultural Cold War" (with Darlene Espena) which will be the first attempt to resuscitate the forgotten history of Asia, and reveal an important piece in the larger history of the cultural, political, and institutional linkages between the US, Europe, and Asia during the Cold War. And his fourth edited volume "The South Korean Film Industry" (with Dal Yong Jin and CHO Junhyoung) will provide the first detailed scholarly overview of the South Korean film industry.