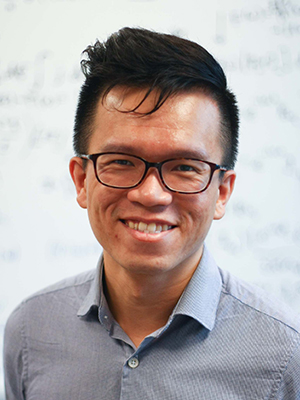 Justin Song is a National Research Foundation fellow, and joined the faculty at Nanyang Technological University as a Nanyang assistant professor in 2016; in 2019 he was appointed Provost's chair in physics. Previously, he was a Burke fellow and Sherman Fairchild scholar of physics at Caltech.

Justin Song received his BSc and ARCS in physics from Imperial College London (2007), an AM from Harvard (2011), and a PhD from Harvard (2014). He is the recipient of a number of awards including the Young Scientist Award (2017), a National Research Foundation Fellowship (2016), and Sherman Fairchild Prize/Burke Fellowship (2014).

Justin's research interests cover a broad range in theoretical condensed matter physics and emergent phenomena in quantum materials. He is particularly interested in Berry phases/quantum geometry and its interplay with interacting correlated electronic systems and transport/dynamical phneomena. Other interests include plasmonics, out-of-equilibrium quantum phases, as well as unconventional charge/valley/spin/energy transport and interactions in vdW layered heterostructures.