Katherine Hindley is Assistant Professor of Medieval Literature in the Division of English. Her research interests lie at the intersection of medieval literature, manuscript studies, and the history of medicine.
Katherine's current project studies words at their most powerful, examining the medieval belief that spoken and written words, in the form of charms and textual amulets, could physically change the world. Through extensive manuscript research, the project demonstrates that charms were deeply rooted in medieval English culture and explores their influence on literary texts including The Book of Margery Kempe and Chaucer's Troilus and Criseyde. This research has been supported by the Medieval Academy of America, the Bibliographical Society of America, and the Josephine de Karman Fellowship, among others.
Katherine is also interested in the material transmission of texts. She has been involved with several projects studying the medieval manuscript roll and is a co-founder of the international workshop series 'Digital Editing and the Medieval Manuscript Roll'. She is bringing these interests to NTU with the support of an EdeX grant, which has funded the purchase of a teaching collection for the history of the book. As of 2019, Katherine is Acting Director of the London International Palaeography Summer School, which is run by the Institute of English Studies at the University of London's School of Advanced Studies.
Katherine received her PhD in Medieval Studies from Yale University in 2017. She also holds an MA (Oxon.) in English and an MSt in Medieval Studies, both from the University of Oxford. 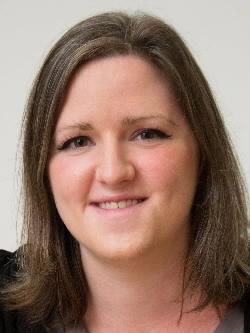