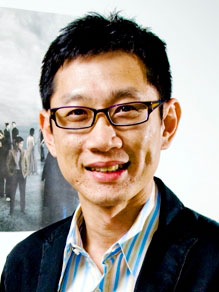 Dr Quah is actively involved in the arts scene and civil society in Singapore. He is a founding member of The Tangent, a civil society group in Singapore and the founding editor of its journal. He serves on boards and committees in various Ministries and Statutory Boards, Non-Governmental Organisations, and Arts Institutions.

Dr Quah is the author of Gao Xingjian and Transcultural Chinese Theater, a critically acclaimed book on the first Nobel laureate writing mainly in the Chinese language. The book was originally published by Hawaii University Press (2004) and republished in Chinese translation (Hong Kong, 2016). His other publications include Scenes: A Hundred Years of Singapore Chinese Language Theatre 1913-2013, and Keywords: Critical Terms for Chinese Literary Study (co-authored). He is also the general editor of The Complete Works of Kuo Pao Kun (10 vols.).