Dr. Charles Yang Chun is currently a Professor in the School of Mechanical & Aerospace Engineering. He has been with Nanyang Technological University since 1999. He obtained his B.Sc. degree from the Department of Thermal Engineering of Tsinghua University, his M.Sc. degree in Thermophysics from University of Science and Technology of China, and his Ph.D. degree in Mechanical Engineering from University of Alberta. He is an elected Fellow of American Society of Mechanical Engineers (ASME). He received Honors of Excellent Student from Tsinghua University, Andrew Stewart Memorial Graduate Prize from University of Alberta, numerous best paper awards and research awards. He is the author and coauthor of more than 220 papers in referred international journals. He has co-authored one text book entitled “Elementary Electrokinetic Flow”, and 20 some book chapters. He also has four US patents in his name. He is an Editor for International Communications in Heat and Mass Transfer (Elsevier). He had served as Editor for Open Physics Journal and Associate Editor for Science Bulletin, and is on the Editorial/Advisory Boards of several journals such as Microfluidics and Nanofluidics (Springer-Verlag Publishers), Experimental Results (Cambridge Press), Engineered Science - Energy & Environmental Journal, International Journal of Emerging Multidisciplinary Fluid Sciences etc. He also served as a guest editor for Microfluidics and Nanofluidics, Biomicrofluidics, Electrophoresis and ASME Journal of Heat Transfer. He was the Conference Program Chair for 5th ASME Micro/Nanoscale Heat & Mass Transfer International Conference (2016) and the Conference Chair for 2nd Conference on Advances in Microfluidics and Nanofluidics and Asian-Pacific International Symposium on Lab on Chip (2011). He has been a reviewer for the China Chang Jiang Scholar Award, Czech Science Foundation, Dutch Technology Foundation, Israel Science Foundation, National Science Award of China, National Science and Engineering Research Council of Canada, Netherlands Organisation for Scientific Research, Research Grant Council of Hong Kong, American Chemical Society - Petroleum Research Fund, and Research Grant Council of Australia. 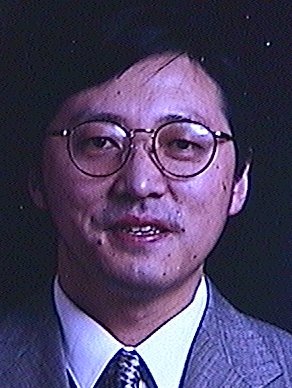