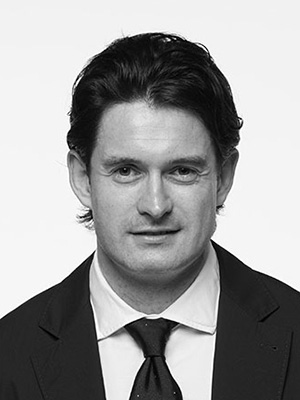 Ian McGonigle is a Nanyang Assistant Professor in the Division of Sociology at Nanyang Technological University (NTU), where he founded and directs a Global Science, Technology, and Society Laboratory. Before joining NTU, he held postdoctoral positions at Tel Aviv University, Harvard University, and the University of Cambridge.

As a biologist, Ian worked on resolving the structure-function relationships of ligand-gated ion channels, through site-directed mutagenesis studies, computational modelling, and electrophysiological and pharmacological assays. His work helped reveal the molecular basis of the selective insecticidal activity of Ginkgo biloba, an ancient Chinese herbal medicine. He also helped identify a novel agonist binding mechanism in an insect GABA receptor involving a double cation-pi interaction. His work was published in top scientific journals including Biochemistry, Biophysical Journal, The FASEB Journal, and The Journal of Neuroscience.

Ian’s work in the social study of science circles the role of science in identity formation and nation-building, taking two broad approaches: One set of projects has examined the ways biology refracts and reiterates individual and group ethnic and national identities, as, for example, in genetic testing, in intellectual property rights to ethnomedical knowledge, or natural product consumption. The second major line of work examines the ways states enrol the biosciences to build up national scientific prestige and to foster a vision of prosperous and healthy futures through initiatives such as national genome programs, national biobanks, or national scientific development plans. Together, these two bodies of research reveal the privileged role of biology in mediating ethnic and national identities and, consequently, in stabilizing national consciousnesses. His book, Genomic Citizenship (MIT Press 2021), based on his Harvard dissertation that won the Association for Middle East Anthropology dissertation award, expands on this theme and theorizes these relationships.

Recently he produced and directed a multi-award-winning ethnographic film - titled Redemption - about religious nationalism in Israel. He is currently producing a second film about technology and culture in Singapore, the ‘Smart Nation.’

He teaches social theory, an upper-level undergraduate seminar on science and identity; and a lecture course on societies in a comparative perspective that draws on empirical material from Israel, Qatar, and Singapore.