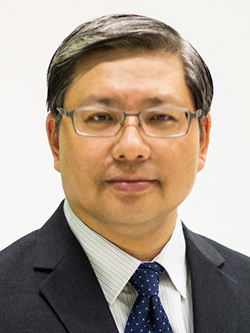 Yap Peng received the B.S. degree from National Taiwan University, Taipei, Taiwan, and the M.A. and Ph.D. degrees from Princeton University, New Jersey, USA, all in electrical engineering. From 1997 to 1999, he was with Intel Corporation, Arizona, and Sharp Laboratories of America, Washington, USA. In November 1999, he joined the Nanyang Technological University (NTU) of Singapore, where he is currently Professor and Chair of the School of Electrical and Electronic Engineering (EEE). He was Head of Division of Information Engineering from 2005 to 2011 and Associate Chair (Academic) of the School of EEE from 2011 to 2018, the Founding Director of INFINITUS Infocomm Research Centre from 2011 to 2013, and a member of the NTU Senate Committee on curriculum matters from 2013 to 2014. His current research interests include image and video processing, content-based multimedia analysis, computer vision, pattern recognition, machine learning, and data analytics.