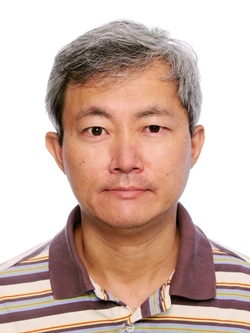 As a writer who has chosen the academic path, I have tried to ensure that there is a dynamic nexus between research, teaching and creative writing. My research investments in the themes of travel, migration and displacement have resulted in monographs on Asian and Irish émigré writers; they have also fed into my creative work, enhancing the diasporic themes which have been preoccupations in my poems and book of personal essays entitled Between Stations. Living the life of an émigré writer from Singapore and as a migrant writer in Australia, I have examined the relationships between place, memory and identity in my post-migration collections of poems and in Between Stations. This engagement has brought about literary community work with Asian Australian writers, and resulted in my co-editing with two other poets a ground-breaking anthology of Asian Australian poetry entitled Contemporary Asian Australian Poets (2013, Puncher & Wattmann), the first anthology in Australia with a focus on Australian writers of Asian descent.

The research focus on the ideas of home, place and displacement has also informed my teaching. Among the Creative Writing courses I have designed and taught at the University of Newcastle are Creative Nonfiction and Writing the Self, both of which include writers and texts dealing with themes of displacement, travel and migration. I have also taught Honours seminars on travel writing, and on place and identity. Of the 21 postgraduates whom I supervised at the University of Newcastle from 2003 to 2013, place and memory were pivotal in the development of their creative works and exegeses.

Emigration has also prompted a return to my literary roots and origins. It has led me to re-reading the works of Du Fu and to attempt a biographical/historical novel of his life in Gull Between Heaven and Earth, a manuscript I am in the process of revising.