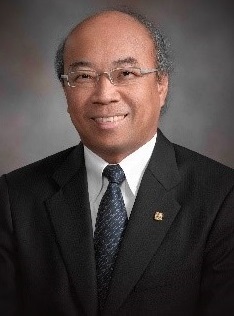 Professor Er Meng Hwa has had a long and distinguished history of academic and administrative service to Nanyang Technological University (NTU), Singapore in various high level positions, including Assistant to President, founding Director of Centre for Signal Processing, founding Director of NTU Satellite Engineering Programme, Dean of School of Electrical and Electronic Engineering, founding Dean of College of Engineering, Acting Dean (Graduate Studies), Deputy President, founding Acting Provost, Senior Associate Provost, founding Vice President (International Affairs) and Senior Advisor. He has made immense contributions to engineering education and research, NTU and Singapore education as a whole. Currently, he is professor of electrical and electronic engineering and Director of Centre for Information Sciences and Systems (CISS) in the School of Electrical and Electronic Engineering. He is a member of the Advisory Board, NTU Academic Council and a Senator of NTU Senate. He serves on NTU Senate Education Committee and also NTU Teaching Council.

His illustrious career has been characterised by outstanding contributions to education, research, management and public service, all of which have combined to see him receive a number of significant honours for his work. These honours include being the first Singaporean and first academic in Asia to be conferred the prestigious title of Honorary Fellow by the London-based Institution of Electrical Engineers (IEE) in 2005 in recognition of his outstanding contributions to engineering research, education, public and social services. In 2016, he was named one of the world’s 126 most influential engineers –and the only Singaporean in this group – by Britain’s Institution of Engineering and Technology (IET). In 2017, he was conferred the degree of Doctor of Engineering, honoris causa by the University of Newcastle in recognition of his illustrious list of achievements and contributions to his field. He was awarded the IES-IEEE Joint Medal of Excellence 2015 for playing a pivotal role in innovating and revolutionising scientific research and education. He was conferred the prestigious Alumni Medal for Professional Excellence 2016 by the University of Newcastle in recognition of an outstanding record of professional excellence in leadership, knowledge and professional practice. He was awarded a Public Administration Medal (Gold), National Day Awards by the President of the Republic of Singapore in 2006 for his significant contribution to the growth and international standing of NTU. He received the IES Prestigious Engineering Achievement Award in 2001. He is the recipient of the Distinguished Engineering Alumni Award 2021 by NUS Faculty of Engineering for his outstanding contributions to the engineering profession. He is featured in the Who’s Who in Engineering, Singapore (3rd Edition) by the Institution of Engineers, Singapore (IES), 2020, profiling some 250 outstanding engineers and recognising their contributions to Singapore’s development and progress. He is the recipient of the EEE Year 1 and 2 Teaching Excellence Award.

His outstanding contribution to engineering, education and public service is underpinned by an impressive research track record in the fields of smart antenna array signal processing, satellite communications, computer vision and optimisation techniques. He has secured and completed a total of 32 research projects with a cumulative grant value of approximately S$49 million and has published over 266 papers in international journals and conference proceedings and 6 book chapters. He also holds 5 patents. He spearheaded the development of core capabilities in satellite communication technology and Low Earth Orbit (LEO) micro-satellite technology in collaboration with DSO National Labs which led to the successful launch of the first Singapore’s design and build experimental micro-satellite (X-Sat) in 2011. It has put NTU and Singapore on the world map in micro-satellite technology. His contribution in micro-satellite technology has been featured in NTU's 30th anniversary celebration commemorative book - 30 Years of Momentum.

Internationally, he has been invited by Shanghai Jiao Tong University (SJTU) to serve on its 8-member International Advisory Board in its 125 years history. He was invited to serve on the International Advisory Board (IAB) for the University of Oman Project by the Government of the Sultanate of Oman. He was also invited by Tokyo Institute of Technology, Japan to serve as Tokyo Tech Advisor for Education. He served as the Secretary General of the Global Alliance of Technological Universities (GlobalTech). He chaired the Asian Science and Technology Pioneering Institutes of Research and Education (ASPIRE) League and the Steering Committee of the ASEAN University Network (AUN)/SEED-Net. He served on the Executive Committee of the Global Engineering Education Exchange (Global E3) under the Institute of International Education (IIE), New York. He also served on the Administrative Board of the Association of Southeast Asian Institutions of Higher Learning (ASAIHL) and the Steering Committee of the Presidents’ Forum of Southeast Asia and Taiwan Universities (SATU Presidents’ Forum). He was invited as keynote speaker/panellist at several international conferences and summits including THE Young Universities Summit, THE Research Excellence Summit, QS-APPLE Conference and W100 Annual Conference. He has been conducting sharing sessions on "Strategies for Internationalization of University" for more than 400 universities from China, India and ASEAN countries under the Nanyang Centre for Public Administration (NCPA), Nanyang Business School (NBS), and NIE International (NIEI) Executive Programmes.

He has served on numerous NTU’s committees and national committees and as consultant to MNC and local companies. His contributions to the public and community are extensive and over the course of three decades. Currently, he has been invited by Singapore University of Social Sciences (SUSS) to chair a Review Panel to review SUSS Education System. He is the Discipline Expert on "Singapore as a Connected City", appointed by the Academy of Engineering, Singapore. He served on SIM Academic Quality Panel, SIM International Academic Panel, SIM University External Academic Audit Panel, Ngee Ann Polytechnic School of Engineering Review Committee (Chairman) and Republic Polytechnic International Academic Review Panel. He chaired the School of Electrical and Electronic Engineering Advisory Committee of Singapore Polytechnic.

He received his BEng (Electrical) degree with First Class Honours from National University of Singapore (NUS) and PhD degree in electrical and computer engineering from University of Newcastle (UON), Australia under a UON postgraduate research scholarship. His PhD work was patented by the Commonwealth Government of Australia and UON. He attended NATO Advanced Study Institute under a Fellowship programme.

Secured and completed a total of 32 research projects with an accumulative grant of $48,706,851.