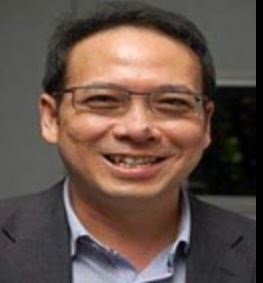 Euston Quah is Albert Winsemius chair professor of economics and director of the Economic Growth Centre at Nanyang Technological University(NTU), Singapore. He is also editor of the Singapore Economic Review and president of the Economic Society of Singapore. Professor Quah has published widely in the fields of cost-benefit analysis, environmental economics, and law and economics.

Contributing to more than a hundred publications, inclusive of academic journals and lead opinion pieces in media, his journal papers had appeared in World Development, Journal of Public Economic Theory, Applied Economics, World Economy, International Review of Law and Economics, Journal of Asian Economics, American Journal of Economics and Sociology, Journal of Environmental Management, Environment and Planning Series A and C, Bulletin of Economic Research, European Journal of Law and Economics, and Education Economics, among others. Some of his works have been selected for inclusion by the International Library of Critical Writings in Economics in the UK as well as received favorable reviews in such leading journals as Economic Journal, Journal of Economic Literature, and the Journal of Labour Economics. His most recent works have appeared in publications with Routledge Series, Springer Nature, Oxford University Press and a paper with Journal of Asian Economic Integration, a Sage publication. His textbook with E.J Mishan, now in its 6th edition (Routledge, UK, 2020), is regarded as a classic text in this subject and used by many universities and governments. It was listed for reference by the US Office of Management and Budget and also by the US Department of Transportation. The Asian edition of the Principles of Economics with Gregory Mankiw, now in its 3rd edition was released in 2021 by Cengage, and is generally regarded as a best seller text in Southeast and East Asia. Professor Quah was listed in Google Scholar Profiler in 2022 as among the top sixteen most highly cited university economists in the area of cost-benefit analysis in the world. In 2022, he was invited as a plenary speaker for the Annual Conference of the US Society of Benefit-Cost Analysis.

Professor Quah has had several Distinguished Visiting Appointments and had also served as external reviewer for some economics schools in various universities in Asia. He was also External Reviewer for a Bill and Melinda Gates Foundation grant project for the Overseas Development Institute, London, UK, Technical Reviewer for the Humanities and Social Sciences Research Council of Canada, Australian Research Council, and for Singapore’s National Research Foundation. Invited by Stanford University, Princeton University, the Earth Institute of Columbia University, Beijing University, Zhejiang University, Korea University, Kyoto University, University of Nottingham, UK, the US Inter-Pacific Bar Association, the UNESCAP, World Bank and the Asian Development Bank and Institute to speak at their functions and meetings, Professor Quah had also served as external consultant and advisor to Gentings International, PriceWaterhouseCoopers, Canada's International Development Research Council and the Canadian International Development Agency. In 2015, Professor Quah was formally elected to be a member of the prestigious learned society, the European Academy of Sciences and Arts. He remains as one of the most highly cited and influential academic economists in Singapore.

In 2015, Professor Quah celebrated Singapore’s 50th anniversary with the publication of a book titled, Singapore 2065 which was then selected by the Singapore government and members of the public to be among 50 items buried in a time capsule for unearthing in 2065. His latest book, titled, Albert Winsemius and Singapore will be published in 2022 with World Scientific. Professor Quah is a recipient of the Public Administration Medal (Silver) awarded by the Singapore government in the country's National Day 2020.