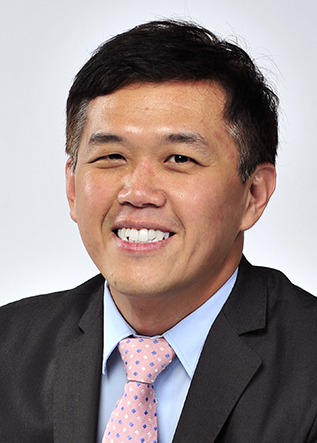 TARGETING METASTASIS
Metastasis accounts for more than 90% of cancer mortality. Once metastasis occurs, surgical excision of the primary tumor no longer guarantees disease free survival and the probability of cancer relapse in distal organs increases significantly. Although most cancer deaths are the result of metastases, cancer research has mainly focused on the primary tumor. Our findings have established several paradigms in oxidative stress-driven metastasis. Tumor cells become migratory and invasive via epithelial-mesenchymal transition (EMT). My lab has actively interrogated the molecular and metabolic changes in cancer cells during EMT. We showed that EMT is an energy-demanding process and that metabolic changes during EMT are critical to sustain an elevated adenylate energy charge needed to fuel various biological processes, such as invasion and chemoresistance. Our current interest aims to decipher the mechanisms that regulate and coordinate the different networks during EMT which will provide much-needed insight into the process of metastasis. Deliberate disruption of these mechanisms is expected to yield important clinical information regarding etiology, prognosis and response to therapy.

METABOLIC DISEASES (Nonalcoholic fatty liver disease, NAFLD)
NAFLD includes a spectrum of liver diseases that begin with lipid accumulation in the liver, also known as simple steatosis or NAFL. Over time, NAFL may gradually progress to the development of chronic inflammation (e.g., nonalcoholic steatohepatitis, or NASH), fibrosis and, ultimately, cirrhosis. NAFLD is an impending epidemic that affects 25% of the population worldwide. It is quickly becoming the leading cause of liver disease worldwide and has an increased prevalence of 40% in multiple westernized Asian countries (including Singapore). There is no FDA-approved treatment for NASH, and liver transplantation is the only proven treatment for end-stage liver disease. Recent FDA guidelines have highlighted the use of relevant animal models for the development of investigational drugs/therapies against noncirrhotic NASH with liver fibrosis. We have developed a novel NASH model that recapitulates the various transitory stages of human NAFLD and comorbidities such as insulin resistance and obesity. This NASH model is an efficient preclinical model for the validation of pharmacological candidates and nutritional interventions. We investigates the intimate relationship between gut microbes and the liver, the latter of which exploits prebiotics to rehabilitate gut microbes and microbial-derived metabolites to modify translatable mechanisms that affect hepatic metabolic flux and inflammation.

WOUND HEALING
Poor healing wounds represent a silent epidemic that affects a large fraction of the world population and carries a heavy socioeconomic burden. Despite the enormous impact of these poor-healing wounds, effective therapies remain lacking. Effective management of these problems will require better understanding of the healing process to allow the creation of a salubrious environment conducive to healing. Our lab has worked extensively to understand the transcriptional regulation of skin wound healing and particularly the interplay among different cell types during wound healing. We identified angiopoietin-like 4 protein (ANGPTL4) as a novel matricellular protein that is essential for proper wound healing. Wound healing in ANGPTL4-knockout mice are delayed and share many characteristics of poor healing wounds, including increased/prolonged inflammation, impaired wound-related angiogenesis and ruined extracellular matrix. Thus, our current studies is to investigate the role of immune-associated reactive oxygen species on wound healing.