Roderick Bates received his PhD at Imperial College, London with Professor Steven Ley, using organoiron complexes for organic synthesis. After a postdoctoral stint at Colorado State University with Professor L. S. Hegedus working on chromium carbenes, he moved to the University of North Texas as an Assistant Professor. After some years spent in Thailand at Chulalongkorn University and the Chulabhorn Research Institute and a short stay in the ill-fated Department of Chemistry at Exeter in England, he joined Nanyang Technological University as a pioneer member of the Division of Chemistry and Biological Chemistry. He is currently an Associate Professor and a Fellow of NTU’s Teaching Excellence Academy. Since April 1st, 2018, he has been serving as the University's Research Integrity Officer. He has research interests are in the use of transition metals in organic synthesis, stereocontrol in natural product synthesis and drug discovery. His book “Organic Synthesis using Transition Metals” (2nd Ed.) was published by Wiley in April 2012. He is also a lecturer on Forensic Science for a Coursera MOOC. 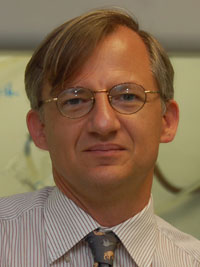