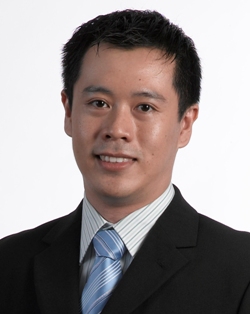 Chirn Chye Boon (M’09-SM’10) received B.E. (Hons.) (Elect.) in 2000 and Ph.D. (Elect. Eng.) in 2004 from Nanyang Technological University (NTU), Singapore. Since 2005, Chirn Chye has been with NTU where he is currently an Associate Professor. Before that, he was with Advanced RFIC (Singapore), where he worked as a Senior Engineer.
He is the Programme Director for RF and MM-wave research in the S$50million research centre of excellence, VIRTUS (NTU) since March 2010. He is the Principal Investigator for research grants of over S$13 million. He is a key NTU-team members of MIT-NTU joint collaboration project “Low Energy Electronic Systems”, under Singapore-MIT Alliance for Research and Technology (SMART) with a grant total of S$25million. He is also a key member of an Industry Alignment Fund (IAF-PP) on “Next-Generation V2X” with a grant total of S$21million. He is a winner of Year-2 Teaching Excellence Award and Commendation Award for Excellent Teaching Performance, EEE, NTU.
He is an Associate Editor for the IEEE Transactions on Very Large Scale Integration (VLSI) Systems and the IEEE Electron Devices Letters Golden Reviewer. He specializes in the areas of radio frequency (RF) & MM-wave circuits design for Communications applications. He has conceptualized, designed and silicon-verified many circuits/chips resulting in over 160 refereed publications and over 30 patents in the fields of RF and MM-wave. He is a co-author of the book “Design of CMOS RF Integrated Circuits and Systems” and “CMOS Millimeter-Wave Integrated Circuits for Next Generation Wireless Communication Systems (World Scientific Publishing).

PI: Project 2: Electronic Circuit Design, Communication, S$376,200, April. 2013 to March 2014, LEES- SMART-IRG. Due to his excellent work and performance, he was again awarded this subcontract.

Recently, due to the outstanding feedback on Jan 2014 LEES Annual Review Meeting, he was further awarded a large subcontract amount of S$836,400 as PI under the “Low Energy Electronic Systems” from April 2014 to March 2016. LEES Annual Review Meeting is attended by all the PIs and Scientific Advisory Board (SAB) members which include Prof. Timothy David Sands who was recently appointed as President of Virginia Tech, USA.