Prof. Leung received his B.Sc.(Hons) from the Polytechnic of North London, he went on to do his PhD from the Australian National University, and did post-doctoral work at the University of Toronto and the University of Chicago.Professor Leung has been a JSPS visiting fellow at University od Tsukuba,Imperial College and University of Newcastle upon Tyne. Before he joint NTU in March 2005, he was a full Professor and the Deputy Head of the Chemistry Department at NUS. He has received the Outstanding Researcher Award and numerous Outstanding Teaching Awards from NUS. He is currently the Head of the Division of Chemistry and Biological Chemistry at the School of Physical and Mathematical Sciences (SPMS) as well as Associate-Chair at SPMS. His research interests are focussed mainly on development of asymmetric synthetic methodologies with an aim of applying the compounds in catalysis and as ant-tumor agents.Prof. Leung is an internationally known researcher in asymmetric synthesis and organometallic chemistry of chiral phosphine complexes.He currently holds an International patent for an Anti-cancer drug which is undergoing Stage II trials. 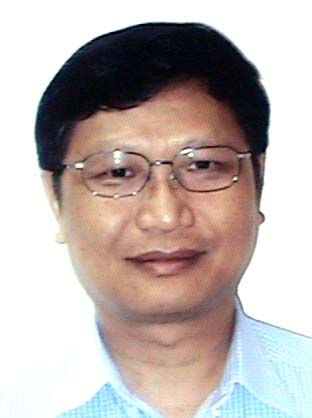 The research interest is in the area of asymmetric synthesis and optical resolution of novel P-chiral phosphine ligands. An efficient approach to generate the desired stereoisomeric form of a particular ligand by means of an unusual exo-endo stereochemically controlled asymmetric Diels-Alder reaction, using a chiral organopalladium complex as the reaction promoter have been developed. With this catalyst, it is now possible to produce one particular target molecule in a controllable and specific manner. Currently, these findings are applied to the synthesis of new anti-cancer gold drugs. Thus far, preliminary biological tests indicate that these new drugs exhibit high activity towards various human cancerous diseases with minimal side effects. The catalytic properties of these newly generated chiral phosphines are also being investigated.