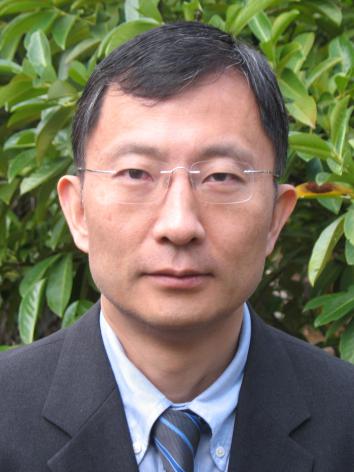 Professor Huajian Gao received his B.S. degree from Xian Jiaotong University in 1982, and his M.S. and Ph.D. degrees in Engineering Science from Harvard University in 1984 and 1988, respectively. He served on the faculty of Stanford University between 1988 and 2002, where he was promoted to Associate Professor with tenure in 1994 and to Full Professor in 2000. He served as Director at the Max Planck Institute for Metals Research between 2001 and 2006, and then as Walter H. Annenberg Professor of Engineering at Brown University from 2006-2019. At present, he is a Distinguished University Professor at Nanyang Technological University and Scientific Director of the Institute of High Performance Computing in Singapore.

Prof. Gao’s research has been focused on the understanding of basic principles that control mechanical properties and behaviors of materials in both engineering and biological systems. Gao is the Editor-in-Chief of Journal of the Mechanics and Physics of Solids, the flagship journal of his field. He has been elected to memberships in US National Academy of Sciences, US National Academy of Engineering, American Academy of Arts and Sciences, German National Academy of Sciences, Chinese Academy of Sciences and Academia Europaea. He has also received numerous awards and honors, including the John Simon Guggenheim Fellowship, the Rodney Hill Prize in Solid Mechanics from the International Union of Theoretical and Applied Mechanics, the William Prager Medal from Society of Engineering Science, the Nadai Medal from American Society of Mechanical Engineers and the Theodor von Karman Medal from American Society of Civil Engineers.

Gao’s work spans several broad research fields within engineering sciences, including solid mechanics, nanomechanics and biomechanics. He integrates analytical and computational approaches including finite element methods in continuum mechanics, discrete dislocation methods, and molecular dynamics methods with state-of-the-art experiments to reveal how the deformation characteristics of materials depend on their internal microstructures and associated length- and time-scales. In solid mechanics, he was the first to report supersonic dislocations and cracks via ultra-large scale molecular dynamics simulations, with key findings published in Science and Nature. He also developed the theories of supersonic and hyperelastic dynamic fracture based on the large deformation and nonlinear nature of material properties as solids reach their limiting strengths near a crack tip. In nanomechanics of engineering systems, he developed the theory of mechanism-based strain gradient (MSG) plasticity to model size-dependent deformation behaviors of materials at micro- and nanoscales. He revealed the principle of stress driven surface evolution in heteroepitaxial thin films, discovered a class of topological defects called crack-like grain boundary diffusion wedges in metal thin films, and elucidated deformation mechanisms in nanotwinned metals. In nanomechanics of biological systems, his “tension-shear-chain” and “fractal bone” models uncovered the principles that govern the generic nanostructure of biological materials. He developed the first theory of receptor mediated endocytosis and discovered a tip-first entry pathway for 1D and 2D nanomaterials to enter human and animal cells, inducing a length-dependent toxicity mechanism of critical health concern in the age of nanotechnology. His pioneering research in nanomechanics of engineering and biological systems redefined the modern frontiers of mechanics research and has had broad applications including microelectronic and optoelectronic devices, nanotechnology, nanomechanical devices, smart and active structures and materials, nano- and hierarchical materials engineering, adhesion, bio-inspired robotics, biomimetics, biomaterials, nanotoxicology, bio-sensing, and gene/drug delivery systems.

To this date, Gao has published more than 400 scientific papers in the top journals of his field (e.g., Journal of the Mechanics and Physics of Solids, International Journal of Solids and Structures, Journal of Applied Mechanics), as well as interdisciplinary journals such as Science, Nature and PNAS. During his more than three decades of academic career, he has published many highly cited papers in the field of sold mechanics. His papers on MSG theory provided the foundation to understand the size effects in nanoindentation measurements used in both academia and industry to characterize micro-/nanoscale mechanical properties of materials, and are by far the highest cited papers among all 12,000 papers published in mechanical engineering journals in 1998 and 1999. He is frequently invited to deliver distinguished, keynote and plenary lectures to the scientific communities across the world. He has been included among “The World’s Most Influential Scientific Minds,” a list of highly cited researchers in 21 science and social science fields compiled by Thomson Reuters. His impact is also reflected by his over 50 former PhD students/postdocs who are now professors in USA, China, Germany, France, Hong Kong, India, Iran and Singapore.