Mariana Andrade is an Assistant Professor in the Division of Information Technology and Operations Management at College of Business (Nanyang Business School). Her research has been published in top journals such as Information Systems Research and Research Policy. Before joining NBS, Mariana was an Assistant Professor in Information Systems and Technology at IE Business School. Mariana holds a Ph.D. in Innovation and Information Management from the School of Business at the University of Hong Kong. Prior to pursuing her Ph.D. studies, she worked in consulting, marketing and banking in different geographical regions ranging from The Americas to Asia. 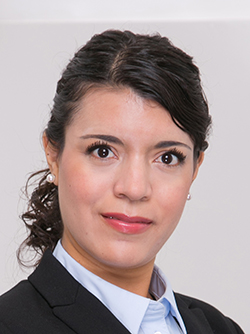 Mariana Andrade’s research interests span four main areas: Data analytics, complex networks, IT business value, and competitive dynamics. She is especially interested on exploring the granular mechanisms through which IT and other technologies influence firm performance and ultimately firm survival. Her research thrives to analyze overlooked and emergent phenomena that have relevant impact on corporations, such as technological innovation in emergent economies and interfirm linkages in hypercompetitive environments. Within these domains, she is currently involved in various multi-disciplinary projects that investigate the role of IS in business performance and innovation in both developed and developing world contexts.

Mariana maintains strong links with both firms and governments. She has been invited to present her work in multinational corporations and government bodies across different countries.