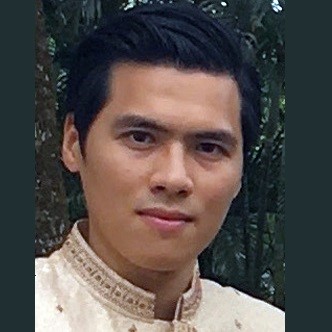 Cuong was born in Hanoi, Vietnam and grew up in Vietnam and then in France. He graduated from École Normale Supérieure rue d'Ulm, France, in 2007. He obtained a PhD in Neuroscience from Université Paris VI and Collège de France in 2009. In 2010, he was a Visiting Researcher at the University of São Paulo, Brazil. From 2011 to 2013, he was as a Fellow of the Japan Society for the Promotion of Science (JSPS), doing research in Robotics at the University of Tokyo. He joined NTU as an Assistant Professor in 2013. He was the recipient of the Best Paper Award at the conference Robotics: Science and Systems, 2012. His team won the second prize at the Airbus Shopfloor Challenge at ICRA 2016.