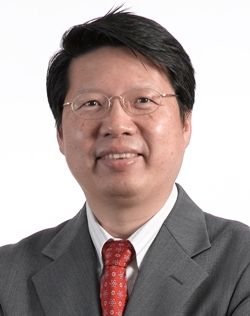 Danwei Wang received his Ph.D and MSE degrees from the University of Michigan, Ann Arbor in 1989 and 1984, respectively. He received his B.E degree from the South China University of Technology, China in 1982. Since 1989, he has been with the School of Electrical and Electronic Engineering, Nanyang Technological University, Singapore. Currently, he is professor and Head, Division of Control and Instrumentation. He is a senator in NTU Academics Council. He has served as general chairman, technical chairman and various positions in international conferences, such as International Conference on Control, Automation, Robotics and Vision (CARCVs) and IROS conferences. He is an associate editor for the International Journal of Humanoid Robotics and served as an associate editor of Conference Editorial Board, IEEE Control Systems Society from 1998 to 2005. He was a recipient of Alexander von Humboldt fellowship, Germany. His research interests include robotics, control theory and applications.