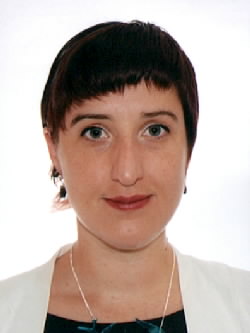 Dr Suzy Styles joined NTU in 2013 as a Nanyang Assistant professor. She received her DPhil from the Department of Experimental Psychology at the University of Oxford in 2009. She continued her post-doctoral research at the Oxford University BabyLab, in the Oxford Centre for Developmental Science, a post held in tandem with a Career Development Fellowship at St Hugh's College, University of Oxford. Her broad research areas include Psycholinguistics and Cognitive approaches to Language Acquisition. Her research interests include lexical access and its neural and behavioural correlates in early language development; the role of linguistic stimuli in inter-sensory processing; the influence of different writing systems on language processing; and relationship between language and cognition. Her methods include reaction time experiments for older children and adults, as well as remote eyetracking and electro-encephalography (EEG) for younger children.

I investigate how the mind handles that most human of processes: Language. As a psycholinguist, I use methods from cognitive science, experimental psychology and neuroscience to explore the way that language develops in infancy, the way it functions in the mind of the individual, and the way it changes over the life-course.

In one branch of my research, I investigate how we develop systems of meaning that help us to coordinate linguistically-labeled concepts in the developing lexicon. For example, I have been investigating when words like "cat" and "dog" become functionally connected in the mind of infants and toddlers (in a way that "cat" and "bicycle" are not), and what outcome this has on moment-by-moment language comprehension. I am fundamentally interested in 'lexicons' as systems of organizing information about words. I investigate how features of each individual's vocabulary contribute to their comprehension of spoken language. I also investigate the interface between the sounds of words and their meanings, looking at how viewing a picture can trigger in the mind the idea of its name, and whether some pictures 'look more like' what they are called than others.

In another branch of my research, I am interested in how different types of written language influence the way that we encode the sound system of our spoken languages. Some languages have just one way of representing the sounds of their language, while others have multiple alphabets, syllabries, ideographs, or mixed script systems. The human mind is capable of handling all of these systems - but we understand little about how they differ in terms of processing, and underlying cognitive representations.

Furthermore, I am interested in our inter-sensory experience of the world, and how certain sounds correspond more ‘naturally’ to certain aspects of visual perception – for example, sounds differing in pitch are described as ‘high’ or ‘low’. I investigate when these intersensory mappings develop, and how they may differ between speakers of different languages.