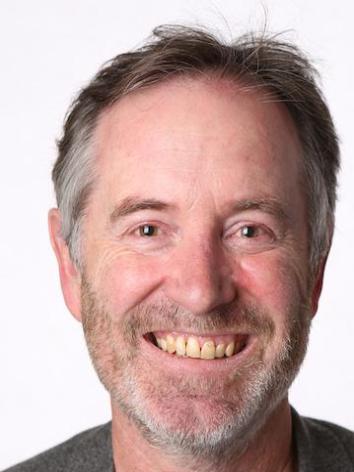 Professor Goggin is the Wee Kim Wee Chair in Communication Studies. He is an internationally renowned scholar in communication, cultural, and media studies, whose pioneering research on the cultural and social dynamics of digital technology has been widely influential.

Professor Goggin has made benchmark contributions to the understanding of mobile communication, international Internets and their histories, with key books such as Cell Phone Culture (2006) and Global Mobile Media (2011).

Over his career Professor Goggin has published twenty-three books and written over 190 journal articles and book chapters. He has a strong record of attracting grants receiving more than A$4 million in research funding.

Professor Goggin has had a longstanding engagement in communications, technology, and social policy. Most recently in 2018 he was the Chair of the Humanities and Creative Arts Panel of the inaugural Australian Research Council Engagement & Impact assessment.

Among other works, Goggin has co-edited various volumes, including three volumes on aspects of location technologies - Location Technology and Place (2012), Locative Media (2015), and Location Technologies in International Context (2019). In addition, Goggin has co-edited the reference works Routledge Companion to Mobile Media (2014), Major Works: Mobile Technologies (2016), and the Oxford Handbook of Mobile Communication and Society (2020). A founding editor of the journal Internet Histories, Goggin is also co-editor of the Routledge Companion to Global Internet Histories (2017).

Goggin also has an abiding interest in questions of social inequalities, inclusion and exclusion, and justice in communication and media. He has also worked extensively on consumer and public interest concerns, being among other things, a foundation member of the organization Australian Communication Consumers Action Network (ACCAN). He led a project on Digital Rights in Australia and Asia (2017-2019), and was a member of a group of international scholars who authored a chapter on media and communications for the landmark report of the International Panel on Social Progress (Cambridge University Press, 2018; 3 vols). Goggin has had a particular interest in disability and accessibility, with key books Digital Disability (2003), Disability and the Media (2015), and the new Routledge Companion to Disability and Media (2020).

Current projects include: a book on apps, contracted with Polity Press for publication in 2020; and his NTU Start-up Project, 'Smart Equalities in Urban Southeast Asia', which explores disability and ageing in relation to emerging technologies such as connected cars, AI, and Internet of Things - with a focus on Singapore, Indonesia, and Vietnam.