Dr. Xing received his Bachelor Degree in Chemistry from Xinjiang Normal University 1994, and Ph.D. Degree from Nanjing University in 2000, respectively. After that, he moved to the Department of Chemistry, at the Hong Kong University of Science and Technology (HKUST) as a research staff. In 2003, Dr. Xing went to the Crump Institute of Molecular Imaging at the University of California, Los Angeles (UCLA) and the Molecular Imaging Program at Stanford University (MIPS) to pursue his post-doc research training. In Dec. of 2005, he started his independent research career at the Division of Chemistry & Biological Chemistry (CBC), School of Physical & Mathematical Sciences (SPMS), Nanyang Technological University (NTU), where he was promoted to a tenured Associate Professor in 2011. From 2011 to 2018, Dr. Xing was holding the appointments as Deputy Head in CBC and Assistant Chair in SPMS for academic education. In 2019, Dr. Xing was officially installed as Full Professor in NTU. 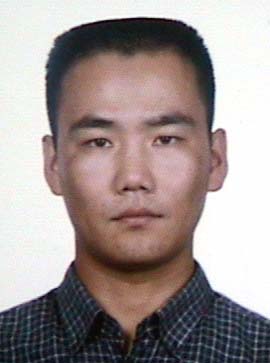 Dr. XING's research interests are highly interdisciplinary at the interfaces of Biomedical Fluorescent Imaging, Chemical Biology as well as Nano-medicine and Pharmaceutical Chemistry. Specific aims of ours are to integrate the knowledge of synthesis chemistry, chemical biology and optical imaging sensing techniques to develop the "smart" probes and contrast agents for real-time sensing of diseases active molecules or precisely monitoring of biomedical pathway in living systems. We are also interested in development of unique functional nanomaterials for drug/gene delivery, biocatalysis and multi-modality imaging of biomarkers, unique biomolecules and reactive radical species (e.g. ROS, RNS etc) for potential clinical diagnosis.

Design, synthesis and characterization of new transporters and/or the peptides based hydrogels for biomedical applications.