I obtained my DPhil in Zoology from the University of Oxford in 2008 on the ‘Effects of Tropical Forest Management on Biodiversity and Ecosystem Functioning’. My DPhil research included the first experimental field manipulations to test the effects of functional diversity of a terrestrial animal group (dung beetles) on ecosystem functioning. From 2008-2011 I was a postdoc on a collaboration between theWildlife Conservation Research Unit at the University of Oxford (WildCRU), Oxford University Centre for the Environment (OUCE), Centre for Ecology & Hydrology (CEH), Earthwatch, and HSBC bank, investigating the landscape-scale implications of fragmentation. involving 'citizen scientists' in data collection.

In 2012 I joined the University of Helsinki as a postdoctoral researcher. I continued to use dung beetles as a model system to investigate how extinctions of species and functional groups can impact functioning of the ecosystem, but extending this to examine the role of diverse communities in ecosystem multi-functionality This work has shown that dung beetles play an important role in the ‘brown world’ interaction networks, altering soil microbial properties. Importantly, we also found that they may have a role to play in reducing greenhouse gas emissions from cattle farming with a potential impact for climate warming. In 2013 I was selected to join Professor Ilkka Hanski on his research expedition to Sarawak to investigate range shifts in dung beetle communities between 1978 and 2013.

From 2015 I was a Researcher Co-Investigator and Project Co-ordinator for the Land-use Options for Maintaining BiOdiversity and eKosystem functions (LOMBOK) consortium of the NERC Human Modified Tropical Forests grant. This project investigated the links between biodiversity and biogeochemical cycles in tropical forests, at the Stability of Altered Forest Ecosystems (SAFE) Project in Sabah, Malaysian Borneo.

I am currently a lead PI on a UNDP-GEF funded project: Biodiversity Conservation in Multiple-Use Forest Landscapes in Sabah, Malaysia. I am involved in the Biodiversity and Ecosystem Functioning in Tropical Agriculture (BEFTA) Project in Sumatra, Indonesia. This project works alongside the oil palm industry to quantify the effect of habitat complexity within oil palm plantations on biodiversity, and to experimentally test the role of this biodiversity on ecosystem functioning and productivity. I am also involved in the Riparian Ecosystem Restoration in Tropical Agriculture (RERTA) Project which is experimentally testing different riparian buffer restoration methods within oil palm, helping to inform Roundtable on Sustainable Palm Oil (RSPO) guidelines on riparian management. I am a Co-I on two British Council Newton grants, in which I am working closely with local government bodies and stakeholders to assess the value of riparian reserves in oil palm plantations. A key objective of this work is to conduct science driven by stakeholder questions, and to make this evidence-base accessible to the policy makers. 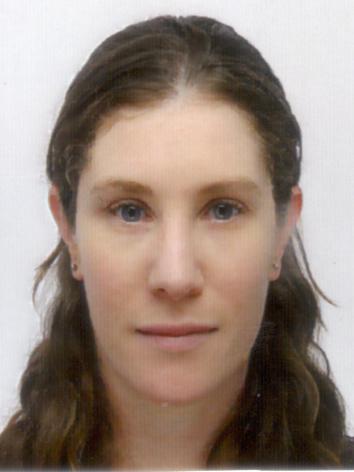 I am an ecologist, whose research focuses on the challenges and opportunities associated with conservation, management, and restoration of tropical forest landscapes. I am particularly interested in “the little things that run the world”, and my research focuses on the links between biodiversity and ecosystem functioning, with a particular emphasis on linking invertebrate diversity and community interactions. Much of my research has focused on using dung beetles as model systems but I have worked on a range of taxa from dung beetles, moths and woodlice to hornbills and small mammals in both tropical (Malaysia, Philippines, Belize) and temperate (UK, Finland) environments. I am also interested in the development of policy and best practice in the oil palm industry and I am working with government agencies and NGOs engaged in land-use planning in Sabah, Malaysia.