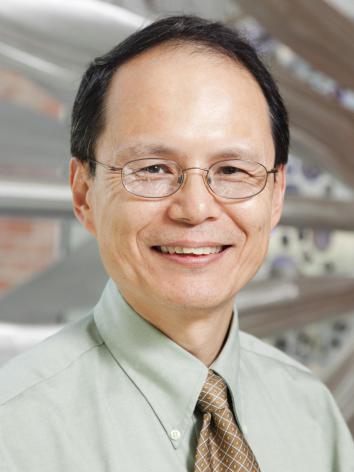 K. Jimmy Hsia is President Chair Professor in Mechanical Engineering in the School of Mechanical and Aerospace Engineering and School of Chemical and Biomedical Engineering at Nanyang Technological University (NTU) in Singapore. He became Founding Dean of Graduate College at NTU in 2018, and started the new role as Vice President (Alumni & International Affairs) since January 2020. He received his B.S. degree from Tsinghua University, Beijing, China, his M.S. degree from Beijing University of Aeronautics, China, and his Ph.D. from MIT. Hsia has broad research interests in interdisciplinary fields between engineering and biology. His research focuses in the area of applied mechanics including, but not limited to, material failure and fracture, soft materials and soft robotics, micro- and nanoscale mechanical behaviour of materials and micro-nano-technologies, mechanics of living cells and biological systems, biomedical device development and applications. He has published more than 100 peer-reviewed papers in top journals such as Proceedings of National Academy of Sciences, Science Advances, Advanced Materials, Advanced Functional Materials, Nano Letters, ACS Nano, Journal of the Mechanics and Physics of Solids, etc. He has co-authored 2 books published by Springer. He has been elected Fellow of American Association for the Advancement of Science (AAAS), Fellow of American Society of Mechanical Engineers (ASME), and Fellow of American Institute for Medical & Biological Engineering (AIMBE). He was recipient of US National Science Foundation (NSF) Research Initiation Award, Max-Planck Society Scholarship, and Japan Society for Promotion of Science (JSPS) Fellowship. Before joining NTU, Hsia was Vice Provost for International Programs and Strategy, and Professor of Mechanical Engineering and Biomedical Engineering at Carnegie Mellon University, and before then was W. Grafton and Lillian B. Wilkins Professor of Mechanical Science and Engineering at the University of Illinois at Urbana-Champaign (UIUC), where he also served as Associate Dean of Graduate College and Associate Vice Chancellor for Research for New Initiatives. From 2005-2007, Hsia was Founding Director of Nano and Bio Mechanics Program at NSF. He is Founding co-Editor-in-Chief of an Elsevier journal, Extreme Mechanics Letters.