Dr. Soci received his Laurea and Ph.D. degrees in Physics from the University of Pavia in 2000 and 2005, respectively. He was a postdoctoral researcher from 2005 to 2006 at the Center for Polymers and Organic Solids of the University of California, Santa Barbara, and from 2006 to 2009 at the Electrical and Computer Engineering Department of the University of California, San Diego. He joined the Nanyang Technological University (NTU) in 2009, where he holds a joint appointment between the Schools of Physical and Mathematical Sciences and Electrical and Electronic Engineering. At NTU he leads the Optical Spectroscopy of Nanomaterials laboratory, co-directs the Centre for Disruptive Photonic Technologies, and currently serves as the Associate Dean (Research Programmes) of the Graduate College. He is a Fellow of the IPS, the OSA, and the SPIE. 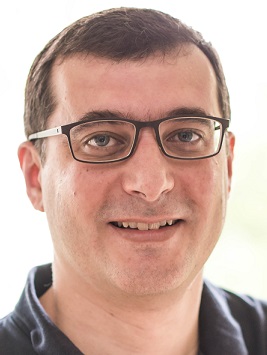 Our research embraces several key areas of nanoelectronics and nanophotonics, including organic semiconductors and plasmonic materials, as well as new ideas on specialty optical fibers and “cognitive photonic networks”. We are particularly interested in fundamental properties of materials emerging from small dimensionality, large interface area, hybridization and artificial nanostructuring.