Dr Geoffrey Chua is Associate Professor of Operations Management at the Nanyang Business School (NBS), Nanyang Technological University in Singapore. He is also Academic Director for the Nanyang Executive MBA (EMBA) program. He received his PhD in management with specialization in decision sciences from the National University of Singapore.

He is Fellow of the Renaissance Engineering Programme (REP) since 2016 and Senator of the NTU Academic Council since 2020. He was previously Deputy Director for REP (2018-2019) and Honorary Treasurer of the Operational Research Society of Singapore (2017-2019). In 2015, he was selected for The Outstanding Young Men (TOYM) award by Junior Chamber International (JCI) Philippines. 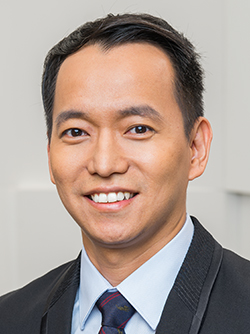