The Chi laboratory is committed to the state-of-art original chemistry research that addresses problems of both fundamental and practical significance. A key objective is to develop green and efficient synthetic methods to make functional molecules, and to understand the principles guiding the bong breaking and formation events. We focus on the development of fundamentally novel basic catalytic activation modes with useful synthetic applications for the preparation of pharmaceuticals, agriculture chemicals, fine chemicals, and for efficient assembly and/or modification of polymers, biomolecules, and other functional molecules. Over the past years, we have developed new activation modes and synthetic transformations enabled by N-Heterocyclic Carbene (NHC) as the key organic catalyst. Immediate applications of my lab’s new catalytic approaches include concise and green processes for bioactive molecules such as valuable non-natural amino acids and their derivatives. On the fundamental side, our research has created new understanding of chemical reactivities and new concept on catalytic activations. The lab has also taken serous efforts on collaborative development on bioactive molecules and functional materials, and applied research for innovation and entrepreneurship. Examples of the lab’s research include:

The Chi group welcomes self-motivated, creative, and hard-working individuals in the following areas:
--Priorities will be given to Singaporeans and Singapore Permanent Residents
--Synthetic Chemistry (particularly with experience in Natural Product synthesis), Electrochemistry; Polymer Materials; Physical Organic Chemistry
--Individuals with Industrial Experience, Scale up and Process Development
--Self-Financed Researchers and Students (Highly Motivated and Hard-Working)
--Exceptional Individuals in other areas 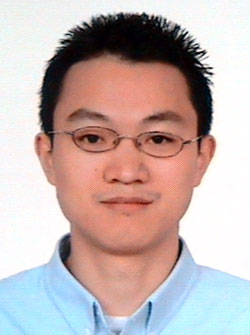