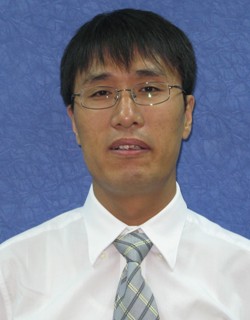 Before joining NTU, Dr. Chen had been actively involved in a number of research projects related to VLSI implementation of microprocessor, circuits and systems design for vision sensor, algorithmic design for image processing. In Chinese Academy of Sciences, Dr. Chen was a key backend designer of "Loongson-1"(龙芯一号) CPU which is the first general purpose CPU designed in China. In Hong Kong, his research was mainly related to design and VLSI implementation of ultra-low power and wide dynamic range CMOS image sensors using time encoding techniques and asynchronous readout strategies. At Yale, his work was toward a combination of smart vision sensors and energy-efficient algorithm.

In NTU, he leads a research team, namely the Smart Sensors group. They aim to foster research, development, and industrial dissemination of knowledge related to the emerging field of sensors and associated microsystems. They target the combination of custom designed sensor and energy-efficient signal processing algorithms, making it possible to simultaneously increase the computational throughput and efficiency, therefore to translate this success to cost-effective systems with the potential for broad application areas such as Satellite, UAV and UGV. The activity is genuinely multidisciplinary, leveraging knowledge and expertise from fields such as mixed-signal integrated circuits, signal processing algorithms and their VLSI implementation.

Dr. Chen is a founder of CelePixel Technology.