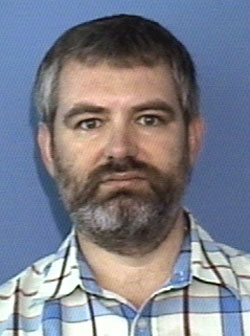 Francis Bond is making computers that understand language: take an input text, analyze it, extract knowledge, and then integrate that knowledge into their own model of the world. To do this he has combined engineering work on natural language processing with linguistic research into the representation of meaning.

Francis Bond joined the Division of Linguistics and Multilingual Studies in 2009. He was the first person to do a combined Arts/Engineering course at the University of Queensland, receiving a BA (Japanese & Mathematics) in 1988 and a BEng (Electrical Systems Engineering) in 1990. He then joined the research laboratories of Nippon Telegraph and Telephone Corporation, where he worked on machine translation and natural language understanding from 1991 to 2006. While at NTT he completed his PhD, again at the University of Queensland, in 2001. From 2006-2009 he worked at the National Institute of Information and Communications Technology in Japan, where his focus was on open source natural language processing.

Francis Bond has published over 70 refereed papers, and one book: "Translating the Untranslatable". He was the program chair for GWC-2012, PACLOING-2007 and TMI-99, and has been local chair for several conferences. He has reviewed for numerous conferences, journals and publishers, including CSLI publications, Computational Linguistics, Language Resources and Evaluation and Computer Speech and Language. He is a member of ACL, the Association for Natural Language Processing, a Senior Member of IEEE, a member of the steering committee for the Deep Linguistic Processing with HPSG Initiative (DELPH-IN), and a member of the board for the Global Wordnet Association.