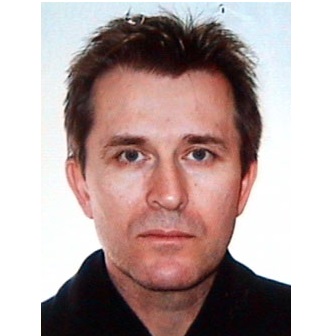 Dr Alexander (Alec) R. Coupe joined the Division of Linguistics and Multilingual Studies in the School of Humanities and Social Sciences in June 2009 and was promoted to Associate Professor with tenure in March 2014. He earned his Ph.D. from La Trobe University in 2004 and his Master of Arts and Bachelor of Asian Studies with Honours from the Australian National University in 1999 and 1995 respectively. He was Principal Investigator of an Australian Research Council Postdoctoral Fellowship for the period 2004-2007, during which he investigated aspects of the grammar of Tibeto-Burman languages. Between completing this fellowship and taking up his present position, he taught linguistics at La Trobe University. He is the author of two books, including 'A Grammar of Mongsen Ao' (Mouton Grammar Library), various journal articles and book chapters on the languages of Asia, and has edited two special issues of journal volumes. In 2016 he was awarded an Alexander von Humboldt Fellowship for Experienced Researchers and was affliated to the University of Cologne, where he undertook research on language contact and convergence in South Asia and Southeast Asia.

He was the editor of the internationally peer-reviewed journal ‘Linguistics of the Tibeto-Burman Area’ (now published by John Benjamins) for the period 2012-2017, he has served as a reviewer for the journals ‘Lingua’, ‘Diachronica’, 'Studies in Language', 'Journal of the International Phonetic Association', 'Linguistics', 'Language & Linguistics', 'Himalayan Linguistics', and ‘Journal of the South East Asian Linguistics Society’, and he has reviewed manuscripts and book proposals for Oxford University Press, Mouton de Gruyter and Springer. He is also regularly requested to review grant applications for the Endangered Languages Documentation Project (UK), the Australian Research Council, the National Science foundation (USA), and the World Oral Literature Project (UK). He is a member of the Association for Linguistic Typology and the Australian Linguistics Society.

Alexander Coupe's major contributions to linguistic research have focused on the languages of the South Asia/Southeast Asia region. In addition to documenting the grammars of minority and endangered languages – particularly those spoken in Northeast India – he has investigated evidence of contact and linguistic convergence between Austroasiatic, Dravidian, Indo-Aryan and Tibeto-Burman languages. This fieldwork-based research is driven by a desire to record and analyse the grammars of poorly understood minority languages, to determine their genetic relationships, and to document them for posterity. The output of this work feeds another research goal: to seek functional and diachronic explanations for the structural diversity and commonalities found in human language, and to advance knowledge in the field of linguistic typology.

His recent research has turned to supporting literacy and the creation of writing systems for hitherto oral-only languages, and he is currently working with the Khiamniungan and Yimkhiung speech communities of eastern Nagaland to develop dictionaries for their languages.